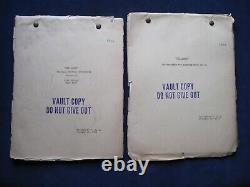 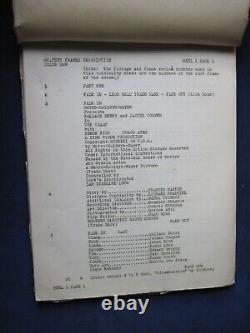 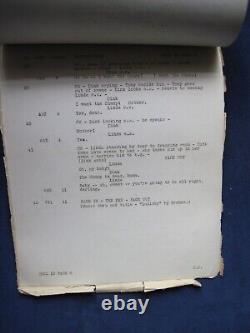 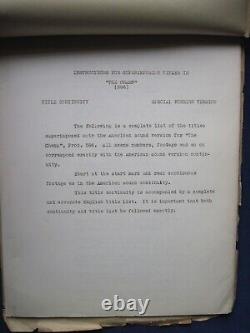 The first is the original 80 page mimeographed dialogue cutting continuity script prepared towards the end of production dated October 30, 1931. The second is the script of instructions for the superimposing titles and dialogue for use in making foreign versions dated December 23, 1931. Both are bradbound in printed wrappers which have chipping and tears.

This item is in the category "Entertainment Memorabilia\Movie Memorabilia\Scripts\Originals\Unsigned". The seller is "catstarbuck" and is located in this country: US.