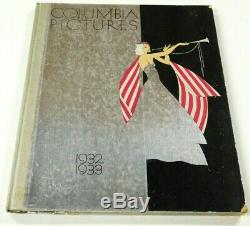 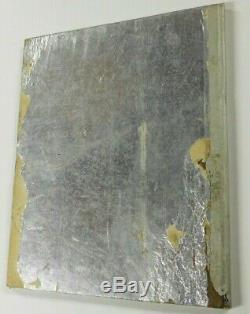 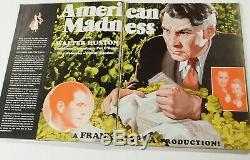 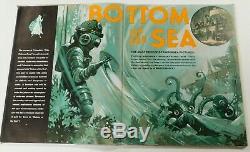 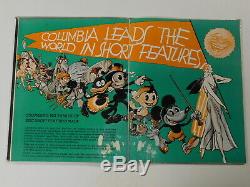 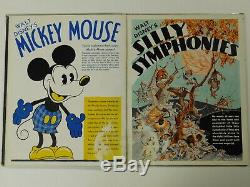 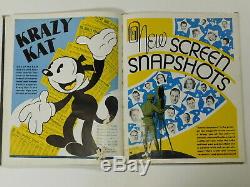 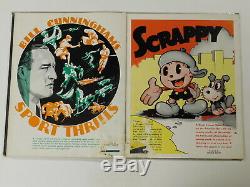 Campaign book full of lavish film trade ads. This is NOT a reproduction copy or newer reprint. Please be aware that my digital image may differ. Slightly from the actual picture quality due to.

(has paper wear at bottom center). Note that some of these announced productions. Never even got made or released! 11 x 14 each page. Fantastic Original motion picture, full color litho.

92-pages on card stock (including hard covers). Cinema exhibitor book of the studio's. Proposed upcoming year of releases. Has water damage mainly on bottom center. Inside (causing wear along bottom of some ads). Silver foil on hard covers. An extremely impressive book, with a plethora of double-page plates, all in very rich, dramatic colors, and with the sexually suggestive illustration characteristic of the pre-Code era!

These often lavish, moving picture advertisements were placed in industry publications and magazines viewed by cinema exhibitors and theater owners nationwide. The Hollywood studios could promote their upcoming product in hopes of getting it up on the silver screens from coast to coast. In some rare cases, the film had not even been produced yet or the title and or cast would change from what was previously announced. Very slightly used with almost no defects.

Generally used, with normal age wear, with moderate defects. Heavily used but the overall eye appeal of the piece is intact.

The seller is "emoviez" and is located in Medford, Oregon. This item can be shipped worldwide.