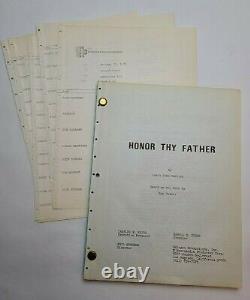 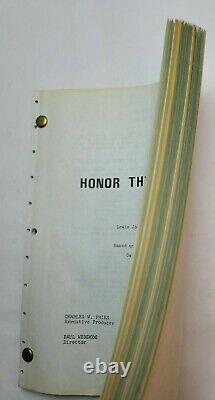 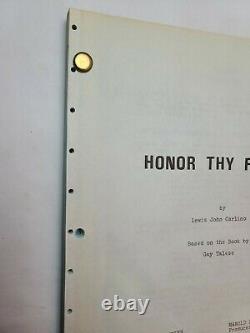 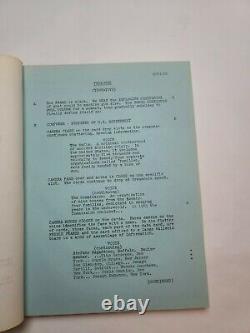 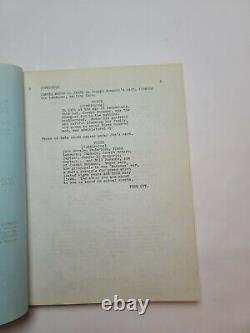 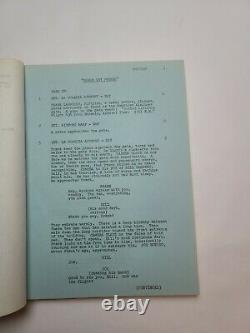 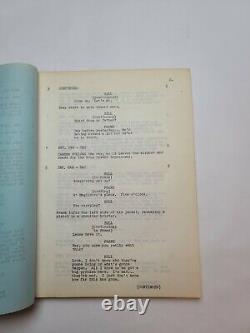 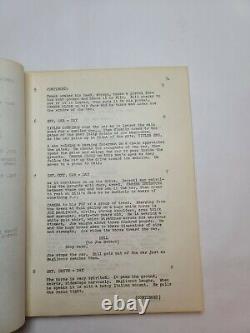 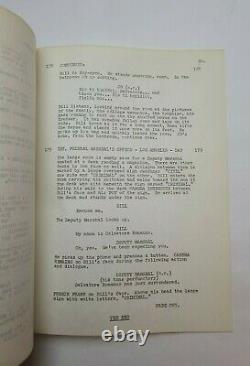 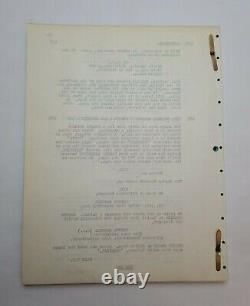 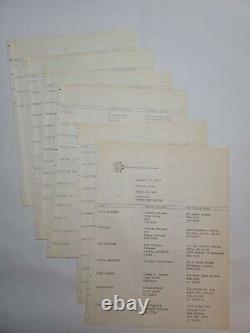 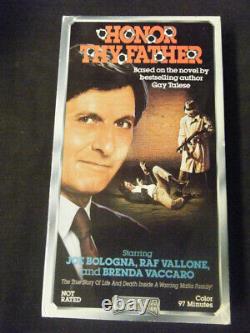 Written By: Lewis John Carlino. This is an original movie script used during the making of the 1973 TV Movie titled, "Honor Thy Father". This script has all white pages and blue revision pages throughout inside. It is 99 pages long and it is the complete script.

The spine of this script has small punch holes along the spinal edge where a plastic ribbed binding was removed. Please view all of the pictures above carefully. This script is in good overall condition. The Bononnos were one of the Five Families organized after the Castellammarese War.

Joe later lost his capo regime status to Gaspar DiGregorio this caused the "Banana Split, " aka the Bonanno War. In 1964 Joseph Bonanno mysteriously disappears from the streets of NYC. Joseph's son Salvatore takes leadership of the family business. Following a family feud, the family split into two factions. A bloody war breaks out, and Salvatore and his family faces treats from former friends and allies in the struggle for power. THE NEWSPAPER POSTER SHOWN IN THE LAST PICTURE ABOVE IS NOT INCLUDED, IT IS JUST BEING USED AS A VISUAL REFERENCE. Specializes in rare and collectible movie scripts. Our scripts are genuine, authentic and screen used. We also carry movie props from no genre in particular.

For example, if we are talking about a low-budget film with a small cast and only a few crew members, there are actually only a small number of scripts in existence around the world for that film. This aspect of collecting makes it fun but also difficult because there may be a certain writer or director that you love to collect and there may only be a handful of movie scripts that still exist from that specific film that you are looking for. We have some of the rarest movie scripts in the world. Each film project has a different total number of scripts that are issued. The older a film is you also have to figure in the fact that a lot of the original movie scripts have been thrown out or destroyed over time. We do our best to provide the widest selection of original movie scripts in the world. Whatever actor, producer, director, writer or specific film department you are looking for, we probably have a movie script related to the person you are looking for in some form or fashion. I know that there are a lot of items to search through, but there is definitely something for you.