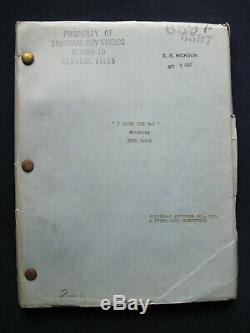 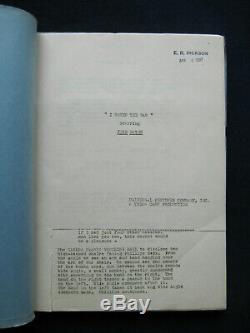 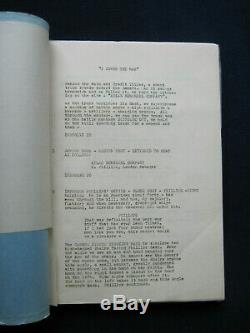 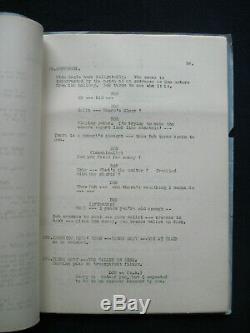 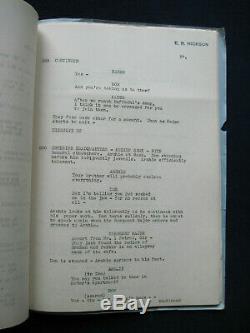 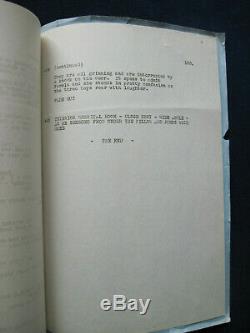 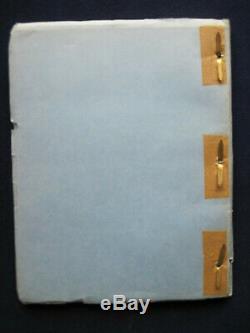 Original 120 page shooting script for the early John Wayne film I Cover the War from the library of the films art director E. Hickson, with his name stamped on the front cover and interior. The screenplay was written by George Waggner, story by Bernard McConville, directed by Arthur Lubin, and co-starring Gwen Gaze, Don Barclay, Pat Somerset, and Charles Brokaw. Bradbound in printed studio covers.

Very good lightly used copy with a touch of darkening to the covers and some minor edge wear and small tears. The film tells the story of a foreign correspondent (Wayne) who becomes involved in the violence of an Arabian uprising against the British forces stationed there. Hickson (1892 - 1952) had a long and varied Hollywood career as a screenwriter for Western Days (1924), a Western film producer and executive, set director, and art director. His ranch in Placerita Canyon near Santa Clarita, CA was a favorite filming site for many westerns, including those with William S. Hart, Tom Mix, and Harry Carey, as well as for the acclaimed HBO series Deadwood from 2004 - 2006. The item "ORIGINAL SCRIPT for EARLY JOHN WAYNE Film I COVER THE WAR Art Director's Copy" is in sale since Friday, August 23, 2019. This item is in the category "Entertainment Memorabilia\Movie Memorabilia\Scripts\Originals\Unsigned".