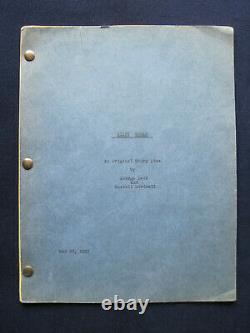 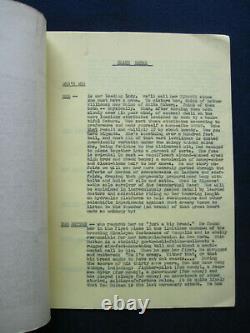 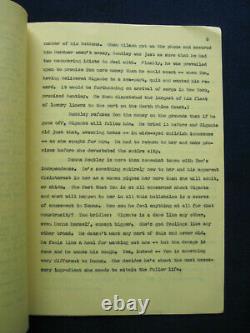 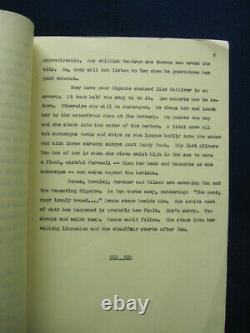 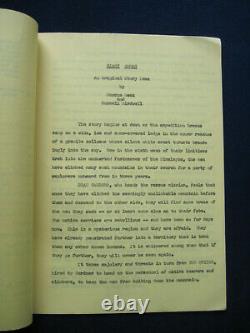 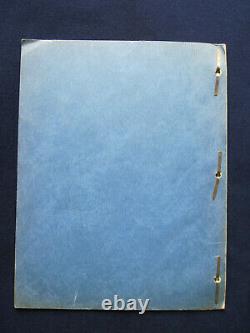 Original 12 page carbon typescript on yellow paper, bradbound in blue studio wrappers dated May 28, 1957, a year before the final finished film, Hanna turned the story into a dramatically changed sci-fi picture with film noir crime film aspects using certain elements from this story idea like the giant woman Gigante, her smashing of automobiles, her obsession with a man and a rival woman, Gigante hunting down her female rival because she knows that her man will be near her rival and Gigante reaches into the building with her giant hand to find them. As envisioned by Beck and Birdwell, the film was way too expensive with its elaborate New York location and set scenes with the New York City sequence too close to King Kong, Hanna transferred the location to a small American town with inexpensive science fiction alien effects which were suited to the budget of the B movie that was desired to be made cheaply. The item "ORIGINAL STORY IDEA TYPESCRIPT for ATTACK OF THE 50 FOOT WOMAN Classic B-Movie" is in sale since Friday, July 31, 2020. This item is in the category "Entertainment Memorabilia\Movie Memorabilia\Scripts\Originals\Unsigned".