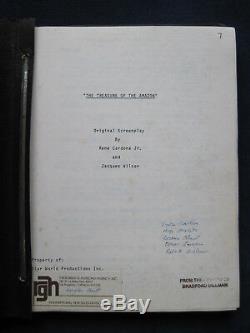 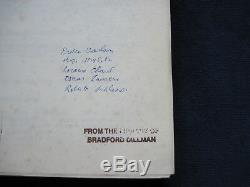 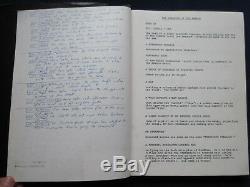 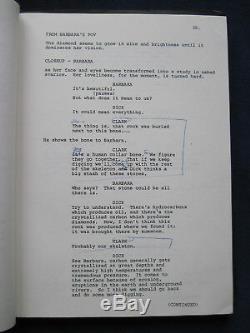 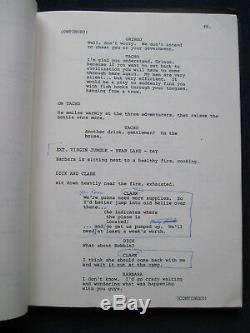 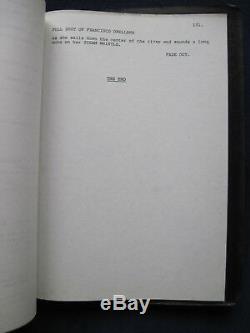 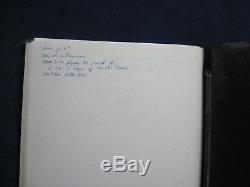 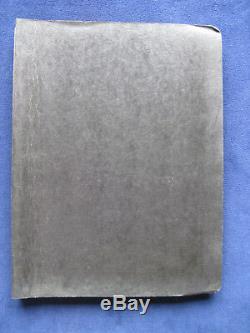 [THE TREASURE OF THE AMAZON - THE FILM]. RENE, JACQUES WILSON & BRADFORD DILLMAN.

Original shooting script for the film The Treasure of the Amazon written by Rene Cardona, Jr. And Jacques Wilson, starring Bradford Dillman alongside Stuart Whitman, Donald Pleasence, and John Ireland. This was Dillmans working script with his notations and with his estate stamp which reads, From the Library of Bradford Dillman. Bradbound, 151 pages and which was released on May 30, 1985. He was trained at the Actors Studio under Lee Strasberg and knew James Dean in early television. Dillman rose to sudden fame with his appearance in Richard Fleishers film Compulsion (1959) with Dean Stockwell and Orson Welles, and continued in movies throughout his career in such films as The Way We Were, The Iceman Cometh, The Enforcer, Sudden Impact, Crack in the Mirror, Escape From the Planet of the Apes, Francis of Assisi, Piranha, The Swarm, etc. A great success in television, Dillman appeared in a remarkable number of shows and made for TV movies in a variety of genres, including, Mission Impossible, The Man from U. Columbo, Wagon Train, Ironside, Dynasty, The Wild Wild West, Thriller, Wonder Woman, Cannon, Barnaby Jones, and many others.