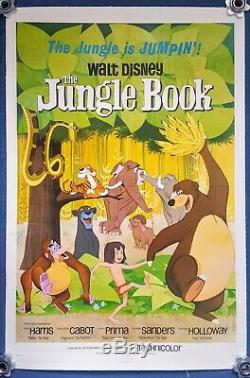 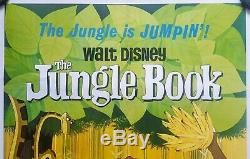 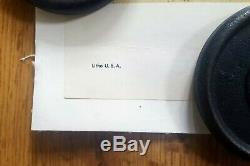 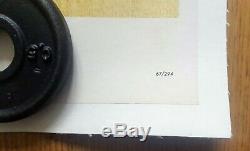 Walt Disney's classic animation musical was released in 1967, the year this poster. The film had an acclaimed soundtrack, featuring five songs by the Sherman Brothers and one celebrated song,'The Bare Necessities' by Gilkyson. It proved so popular that Disney re-made it twice, first in 1994 and also in 2016. Don't miss the opportunity to add this first release country of origin poster to your collection. The poster has been linen backed and had minor touch ups along the fold lines/intersections to improve their appearance.

It displays in EX condition. There are four small creases to the left edge, which aren't. Please check out our other movie & entertainment memorabilia!

The item "Walt Disney's THE JUNGLE BOOK US One Sheet (1967) original film poster backed" is in sale since Monday, September 23, 2019. This item is in the category "DVDs, Films & TV\Film Memorabilia\Posters\Originals - US One Sheets\Pre-1970". The seller is "london_collectibles_limited" and is located in Chessington. This item can be shipped worldwide.