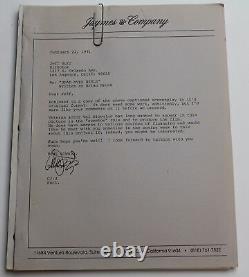 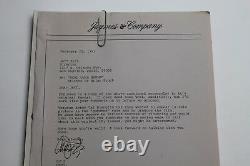 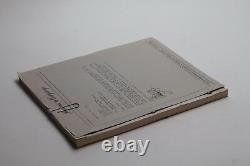 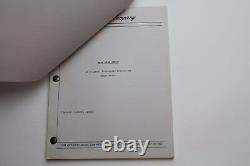 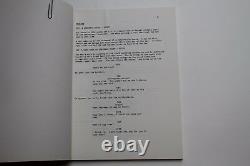 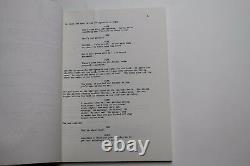 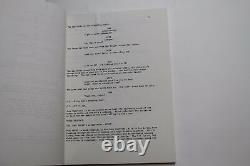 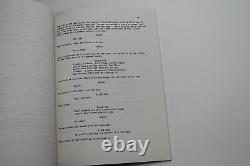 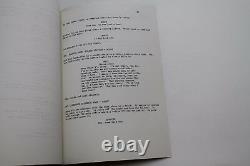 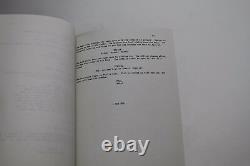 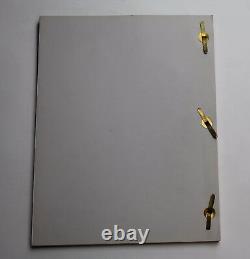 This is an Original 1991 movie script titled, Head Over Heels. This film was NEVER Produced and has been left unmade.

This is a Screenplay Draft sent to the famous Horror film Director, Jeff Burr. It still has the signed letter paper-clipped to the front cover. I don't know what the Storyline of this script is.

Please view all of the pictures above carefully. Specializes in rare and collectible movie scripts. Our scripts are genuine, authentic and screen used. We also carry movie props from no genre in particular. Furthermore, all of our items that are not props or scripts can be found in our Other Memorabilia category.

Here all of the original movie scripts will be categorized by decade, which will help you to narrow down what you are looking for by the year it was made. The item "Head Over Heels Unproduced Movie Script sent to Horror film Director Jeff Burr" is in sale since Saturday, May 30, 2020. This item is in the category "Entertainment Memorabilia\Movie Memorabilia\Scripts\Originals\Unsigned".