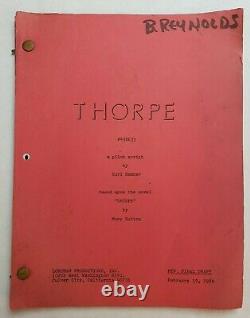 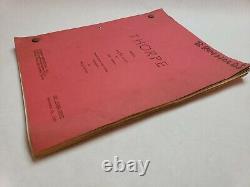 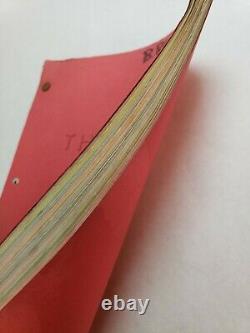 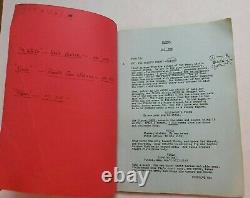 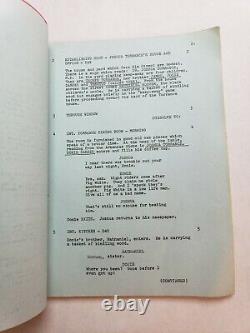 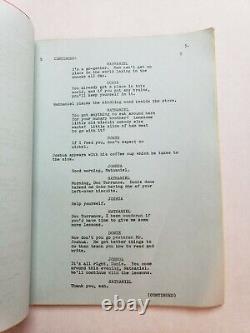 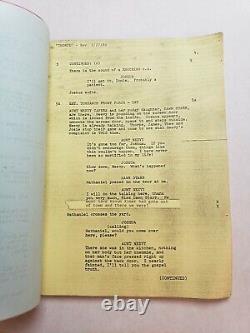 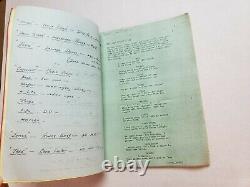 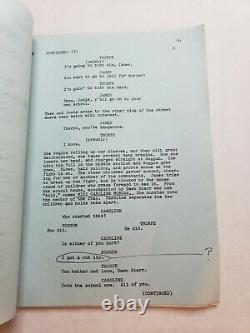 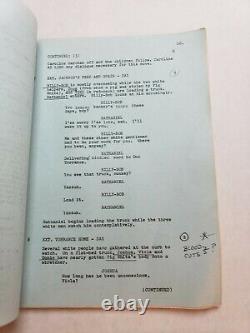 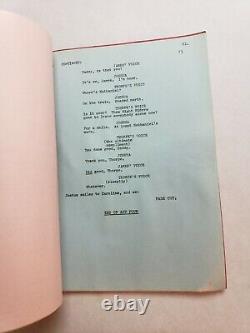 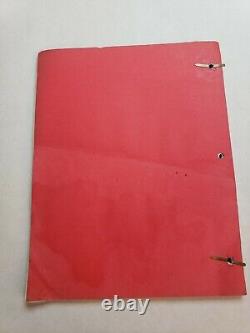 This is an Original TV Script used during the making of the first episode of the Proposed 1980 TV Series titled, "Thorpe". It is from the Pilot Episode which is Season 1, Episode 1. This is the Revised Final Draft. It is the complete script and it has multi-colored revision pages throughout it inside. This script is 61 pages long.

This script has the original red, Lorimar Productions, production cover. The cover has the name B. Reynolds written on the top corner.

There are some handwritten markings and annotations on the pages inside. Please view all of the pictures above carefully. The script is in good overall condition. This TV Series never happened and this filmed Pilot Episode is now considered to be a 1980 TV Movie titled, "Joshua's Tree".