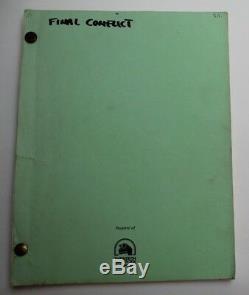 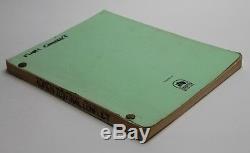 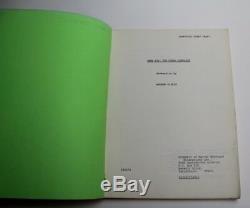 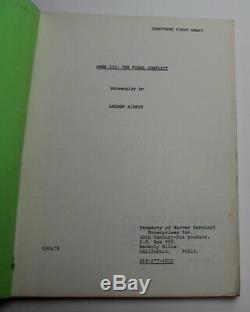 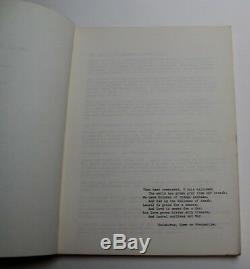 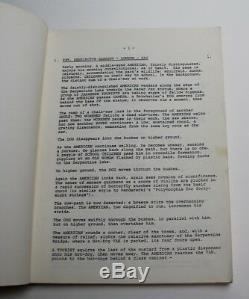 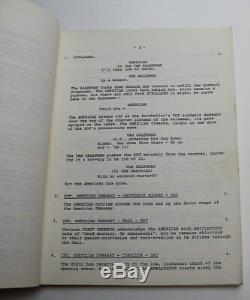 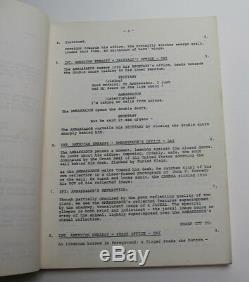 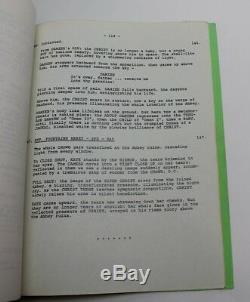 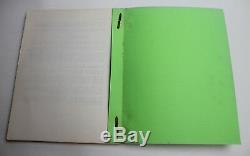 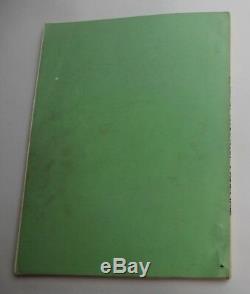 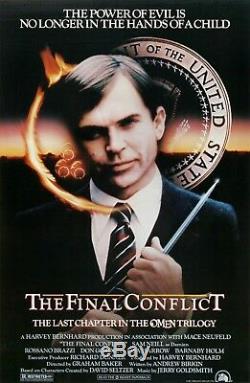 It has the original, Twentieth Century Fox, production cover. This is a rare Unrevised First Draft, which is also undated. It has all white pages inside and is 118 pages long. Please view all of the pictures above carefully.

It's in good overall condition. Now come into his full knowledge and power, the Anti-Christ in the body of Damien Thorne is about to strike his final blow. The Christ-child has been born again, on the Angel Isle, Great Britain (Scotland, England & Wales).

The plan is simple, kill the Christ child to prevent him from growing up to bring the return of Christ and death of the Anti-Christ. POSTER IS NOT INCLUDED, IT IS JUST BEING USED AS A VISUAL REFERENCE.