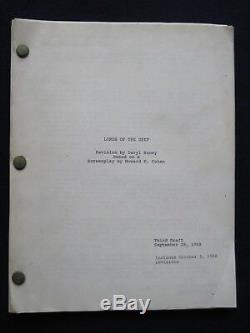 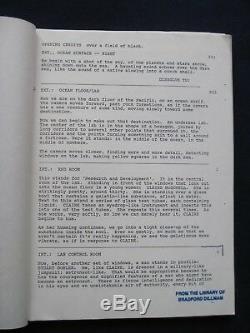 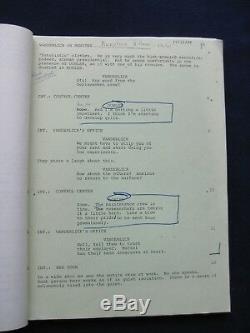 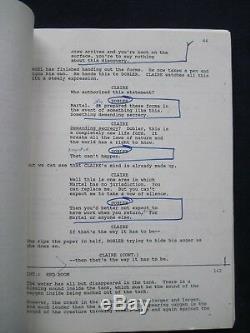 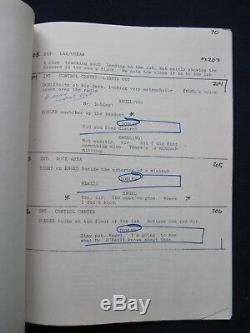 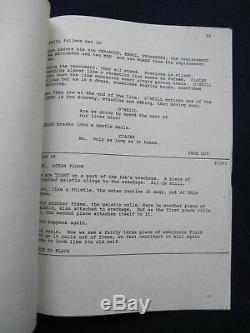 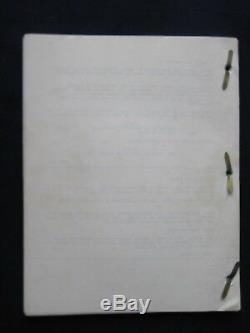 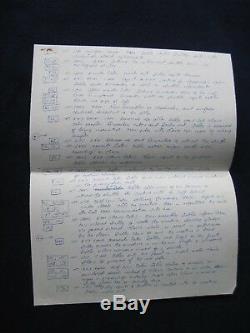 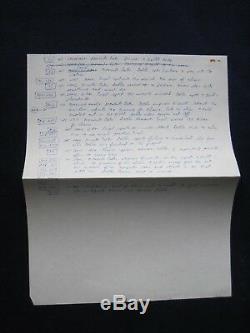 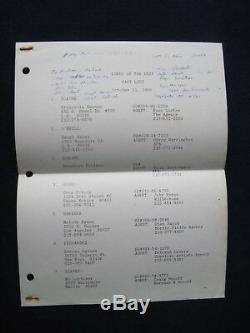 With Dillmans estate stamp which reads, From the Library of Bradford Dillman. Laid in is a 2 page cast list with Dillmans notations. Bradbound, 92 pages, dated September 19, 1988, including October 5, 1988 revisions as printed on the front cover, with a U. Release date of June 2, 1989.

Dillman co-stars here with Priscilla Barnes, Eb Lottimer, Daryl Haney, Mel Ryane, Richard Young, Stephen Davies, and John Lafayette, with producer Roger Corman in an uncredited cameo role. Lords of the Deep is set in the then near future and tells the story of an underwater colony of scientists who are being attacked by alien life forms, with Dillman starring as the colonys commander and Barnes as a crew member who begins to experience psychic visions. The film was one of several underwater-themed movies released around the same time, including The Abyss, Leviathan, DeepStar Six, The Evil Below, and The Rift.

He was trained at the Actors Studio under Lee Strasberg and knew James Dean in early television. Dillman rose to sudden fame with his appearance in Richard Fleishers film Compulsion (1959) with Dean Stockwell and Orson Welles, and continued in movies throughout his career in such films as The Way We Were, The Iceman Cometh, The Enforcer, Sudden Impact, Crack in the Mirror, Escape From the Planet of the Apes, Francis of Assisi, Piranha, The Swarm, etc. A great success in television, Dillman appeared in a remarkable number of shows and made for TV movies in a variety of genres, including, Mission Impossible, The Man from U. Columbo, Wagon Train, Ironside, Dynasty, The Wild Wild West, Thriller, Wonder Woman, Cannon, Barnaby Jones, and many others.