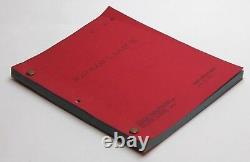 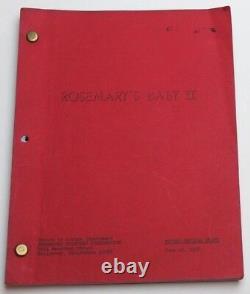 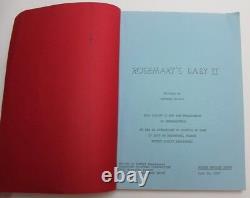 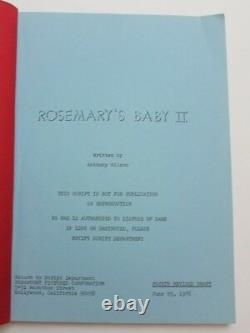 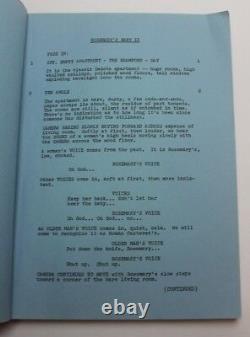 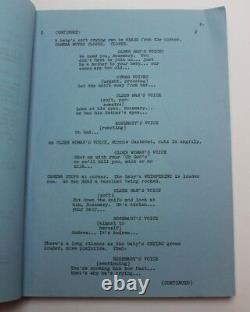 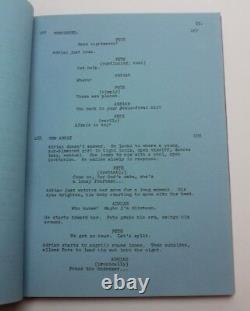 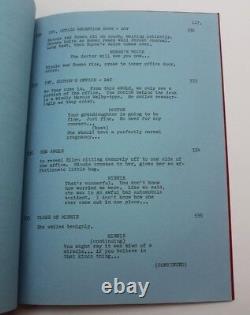 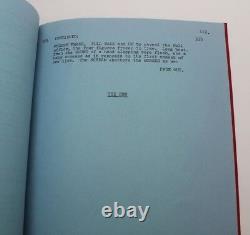 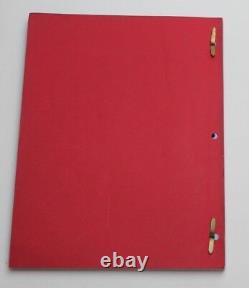 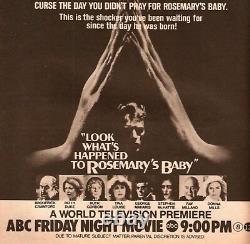 This is an Original Movie Script from the 1976 Horror TV Movie titled, "Rosemary's Baby II". The film is also know under the alternate title which is, "Look What's Happened to Rosemary's Baby". It is an American made-for-television horror film and a sequel to Roman Polanski's 1968 film Rosemary's Baby.

This script has the original red, Paramount Pictures, production cover. It has all blue pages throughout the script and it is 118 pages long. Please view all of the pictures provided above.

It is in very good overall condition. Having been adopted by the madam of a southwestern brothel, a now adult Adrian must cope with the fact that he's Satan's kid, and not living up to his expectations.