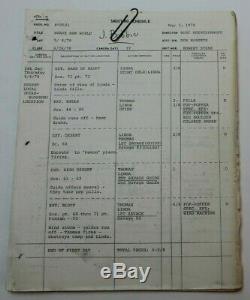 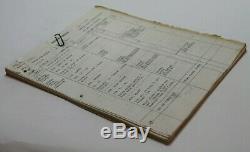 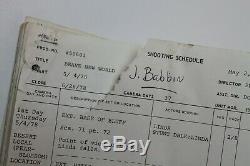 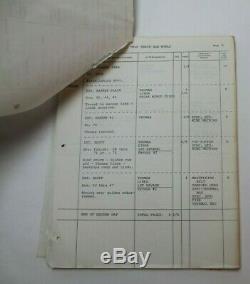 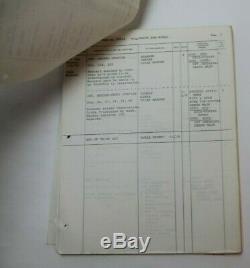 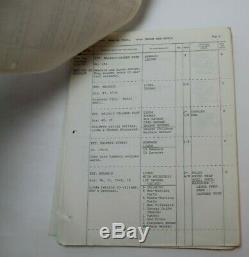 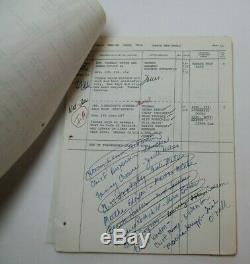 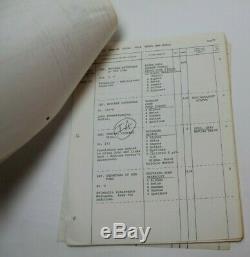 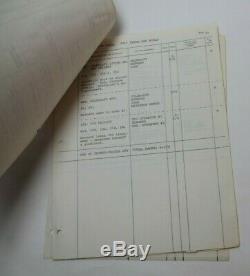 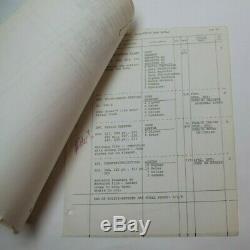 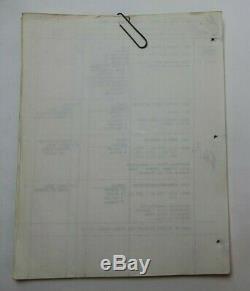 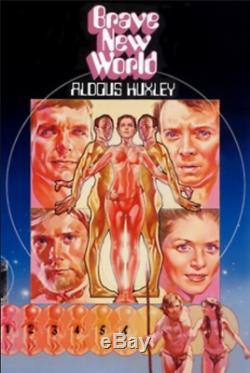 There are some handwritten notations inside. Is complete and it is 43 pages long. It starts on the 1st Day and covers up until the End of the 37th Day of filming. The right edge of the front page is frayed and also browning from being in storage for over 40 years. The front page has a large tear on the top edge. Please view all of the pictures provided above. It is in good overall condition.

In a future society based on pleasure without moral worries, love is prohibited but casual sex, now called'engaging', is strongly encouraged. Everyone is kept happy with a legal drug, soma. People are hatched and cloned on conveyor belts to meet the requirements of five different social classes, from ruling Alphas to robot-like Epsilons.

Bernard Marx is a different Alpha male with an inclination to thinking. He and a girl called Lenina Disney go visit a reservation of'savages' where they meet a handsome young man John and bring him back to'civilization'. John turns out to be the son of the director of the cloning authority, which causes a scandal and makes John a celebrity freak. John falls in love with Lenina but his desire is ruined by his antiquated sexual morale derived from reading Shakespeare.

John hates the over-social but anti-emotional civilization, asks to be sent to live in isolation, and gets a job as a lighthouse guard. But even there he can't forget Lenina or escape.. POSTER IS NOT INCLUDED, IT IS JUST BEING USED AS A VISUAL REFERENCE. Specializes in rare and collectible movie scripts. Our scripts are genuine, authentic and screen used. We also carry movie props from no genre in particular.

Any changes made to the screenplay during production are known as revisions and these revision pages are inserted into that one script that was issued out to them. For example, if we are talking about a low-budget film with a small cast and only a few crew members, there are actually only a small number of scripts in existence around the world for that film. This aspect of collecting makes it fun but also difficult because there may be a certain writer or director that you love to collect and there may only be a handful of movie scripts that still exist from that specific film that you are looking for. We have some of the rarest movie scripts in the world. Each film project has a different total number of scripts that are issued. The older a film is you also have to figure in the fact that a lot of the original movie scripts have been thrown out or destroyed over time. We do our best to provide the widest selection of original movie scripts in the world. Whatever actor, producer, director, writer or specific film department you are looking for, we probably have a movie script related to the person you are looking for in some form or fashion. I know that there are a lot of items to search through, but there is definitely something for you. Once you check off this little box it will allow you to search for a specific word that is contained in any of our listings' actual description. Here all of the original movie scripts will be categorized by decade, which will help you to narrow down what you are looking for by the year it was made. The item "BRAVE NEW WORLD / Aldous Huxley, 1978 Shooting Schedule for the rare Sci Fi Film" is in sale since Sunday, March 24, 2019. This item is in the category "Entertainment Memorabilia\Movie Memorabilia\Scripts\Originals\Unsigned".