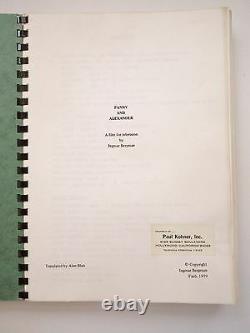 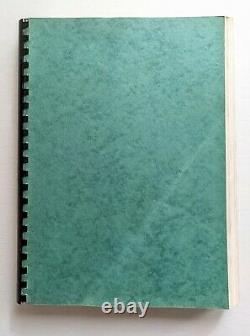 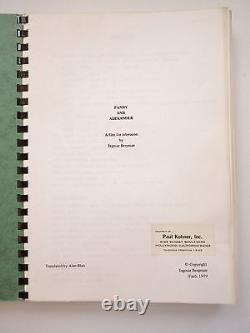 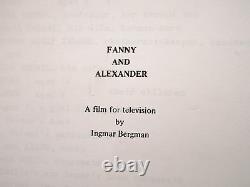 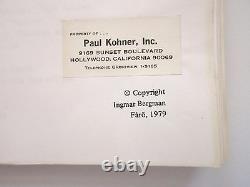 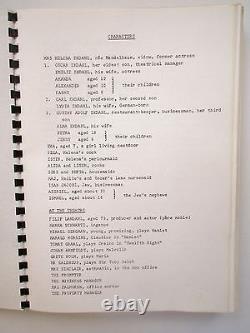 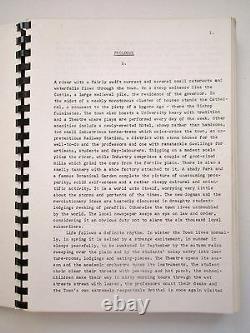 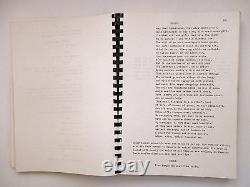 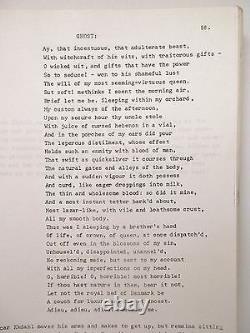 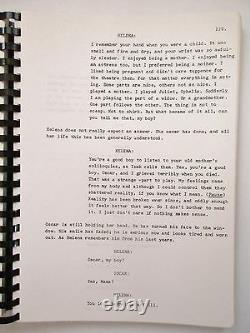 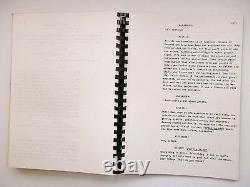 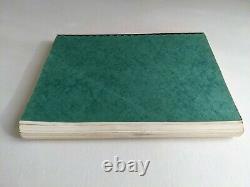 FANNY AND ALEXANDER - A FILM FOR TELEVISION, by INGMAR BERGMAN. Translated (into English) by Alan Blair. ORIGINAL DRAFT SCREENPLAY for what BERGMAN INTENDED TO BE a FIVE HOUR, FOUR PART FILM for TELEVISION. The Draft is dated Faro (Sweden), 1979. Plastic Spiral Bound Screenplay, green paper covers, 8.25x11.75 inches, mimeographed or photocopied typescript, 235 pages plus 3 prelim pages (Title Page, Characters), pages printed on one side only.

There are a few very minor hand corrections, mostly grammatical, here and there, and I noticed one page (page 221) had a handwritten margin comment "How about Alexander". No idea if this was written by an assistant, agent, proofreader, or someone else involved in Bergman's film project.

VERY GOOD condition, the plain green paper front cover has a diagonal crease; internally the pages are just lightly toned at the edges, otherwise complete, tight, bright, clean and clear copy. The full breadth and beauty of Ingmar Bergman's incredible film is only fully realized in the format he originally intended, the four part, five hour television film. This 1979 screenplay draft was the embodiment of that vision.

However, Bergman was convinced to make a drastically cut version (3 hours versus 5 hours) for limited release in Europe in late 1982 so that the film would qualify for the Academy Awards. After the spliced and diced film finished its very limited European release, and after it won 4 academy awards (it was nominated for six), a 5 hour theatrical film was given limited European theatrical release.

I do not believe that Bergman's preferred 5 hour version was ever filmed in English. His original intent was clearly to have the four part, five hour telefilm made and shown on television in both Sweden and the United States. Thus this 1979 English translated draft screenplay. But instead only the drastically shortened film version was ever released theatrically in the United States. That film was released in 1983, four years after this 1979 screenplay for television was looking for U.

This Original 1979 Draft Screenplay for the Full Four Part, Five Hour Television Film was sent to Super Agent Paul Kohner (long time agent for Ingmar Bergman and for many of Bergman's film stars). This 1979 INGMAR BERGMAN written SCREENPLAY for his original vision of a Five Hour, Four Part FILM for TELEVISION, is the only copy I have, and it is the only copy I have ever seen. This item is in the category "Entertainment Memorabilia\Movie Memorabilia\Scripts\Originals\Unsigned".