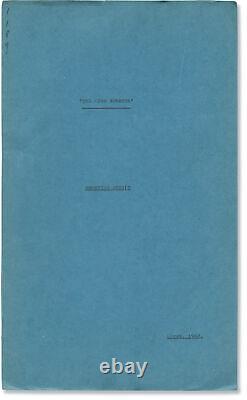 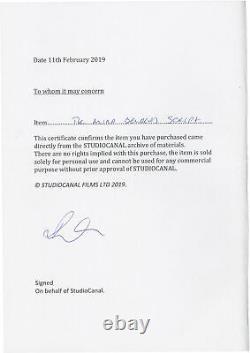 Copy from the StudioCanal archives, with a letter of provenance laid in. Based on the simultaneously-published novel "The Mindbenders" by screenwriter James Kennaway about a professor brainwashes himself to stop loving his wife in an attempt to clear the name of a colleague, suspected to be a Russian double agent, who killed himself after undergoing similar experiments. Released in the US as a double feature with Operation Bikini. Shot on location in England.

Subject: 1960s Cinema, British Cinema, Film Scripts, Science Fiction. Royal Books is located in the midtown area of Baltimore, Maryland. Since 1996, we have specialized in rare books and paper relating to twentieth century literature, genre fiction, the arts, and popular culture, with a particular emphasis on cinema. All books noted as First Editions are also First Printings unless indicated otherwise.