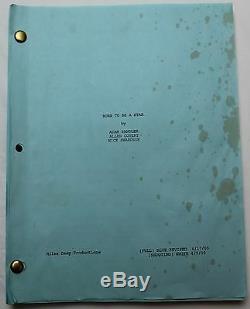 " It has the original working title on the cover page which is, "Born to Be a Star. This Original script has all blue colored pages throughout. The cover page has a grease stain but there's no stains inside on the pages of the actual script, only on the front cover page.