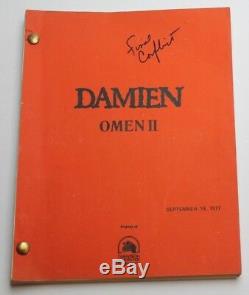 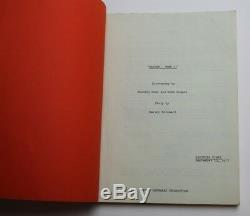 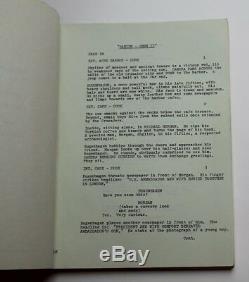 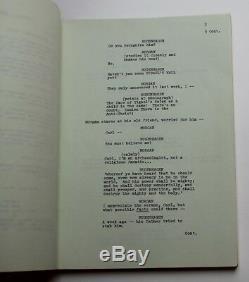 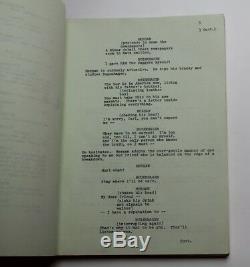 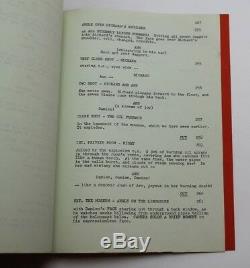 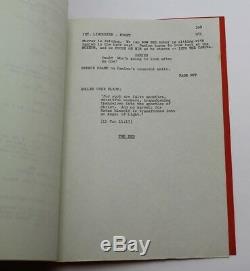 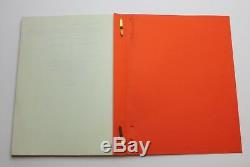 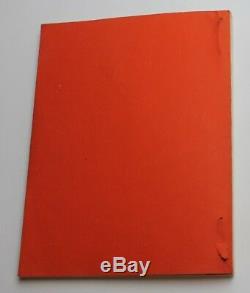 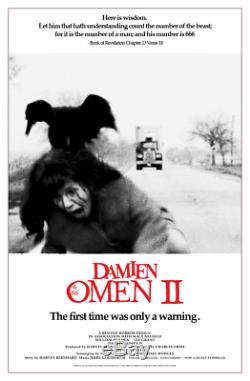 Script Dated: September 19, 1977. This is an Original Movie Script from the 1978 Horror film, Damien: Omen II. It has the original orange, Twentieth Century Fox, production cover. This script is for Omen II, I'm not sure why it says "Final Conflict" on the cover because that is the name of the movie that followed this film which is Omen III.

This original script has all of the studio issued pages inside and is 108 pages long. The brass brad is poking though the back cover.

Please view all of the pictures above carefully. It's in good overall condition. Seven years later, 13-year-old Damien is just discovering who he really is, and what he is destined to do. Now living with his Aunt, Uncle, and cousin in a wealthy suburb of Chicago, Damien is anxious to inherit everything.

Can Richard Thorn finish the job that Damien's father (Ambassador Thorn) started? POSTER IS NOT INCLUDED, IT IS JUST BEING USED AS A VISUAL REFERENCE. Specializes in rare and collectible movie scripts. Our scripts are genuine, authentic and screen used. We also carry movie props from no genre in particular. Furthermore, all of our items that are not props or scripts can be found in our Other Memorabilia category. We do not sell reproductions or fakes. We have one of the largest collections of original movie screenplays in the world. We also carry scripts used in Television, Broadway, Radio and other forms of entertainment. Every script that we own was hand-picked one at a time over the many years of which we have been collecting.