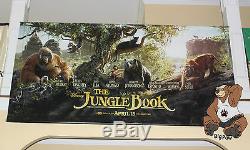 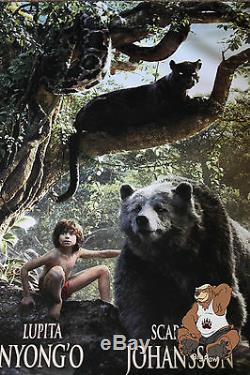 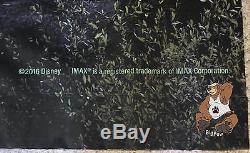 Banner was set up and hung on my balcony to take the photographs for this listing... What you see in these pictures is what you will get.

Hardware used to display & hang banner for photos is NOT INCLUDED. The Jungle Book Movie Synopsis.

The Jungle Book is a 2016 American fantasy adventure film directed by Jon Favreau who co-produced with Brigham Taylor, written by Justin Marks and produced by Walt Disney Pictures. Based on Rudyard Kipling's eponymous collective works and inspired by Walt Disney's 1967 animated film of the same name, The Jungle Book is a live-action/CGI film that tells the story of Mowgli, an orphaned human boy who, guided by his animal guardians, sets out on a journey of self-discovery while evading the threatening Shere Khan.

This item is in the category "Entertainment Memorabilia\Movie Memorabilia\Posters\Originals-United States\2000-Now". The seller is "bigpawbear" and is located in Columbia, Tennessee. This item can be shipped worldwide.