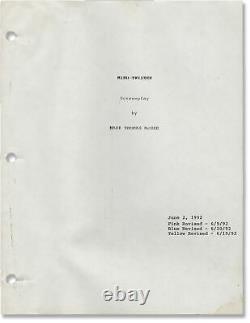 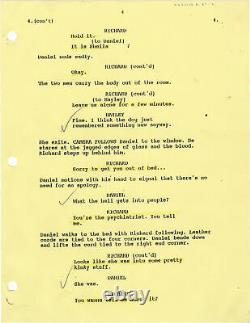 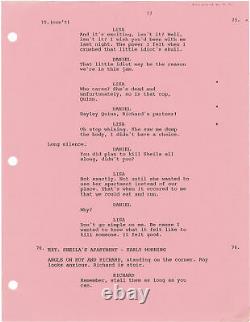 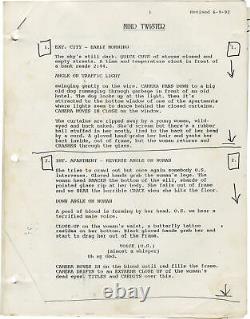 Description: Draft script for the 1994 film. Copy belonging to actor Telly Savalas who played Richard, with annotations and corrections related to his character in holograph ink. Laid in are 21 additional pages of dialogue, with photocopied annotations. The friend of two exotic dancers is found dead and her coworkers decide to expose the psychiatrist who murdered her. Fred Olen Ray is a film director best known for his low to medium-budget films, this particular movie proving to be actor Telly Savalas' final role. Title page present, dated June 19, 1992, with credits for screenwriter Mark Thomas McGee. 105 leaves, with last page of text numbered 93.