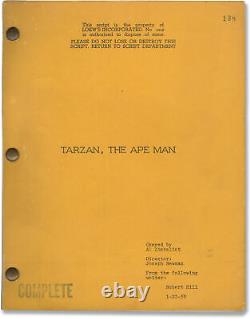 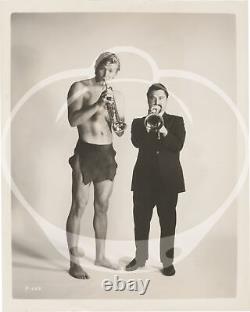 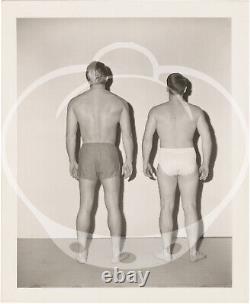 Description: Draft script for the 1959 film, two fascinating test shot photographs, and a series of clippings from the Bloomington Indiana Herald featuring stories about the film, an advertisement, and an article about Denny Miller. A remake of the 1932 film of the same name, with lots of stock footage and a soundtrack by Shorty Rogers. Set in Africa, shot on location in California. Gold titled wrappers, rubber-stamped production No.

Mechanical duplication, with blue, gray revision pages throughout, dated variously between 2-9-59 and 3-12-59, all other pages are eye rest green and dated between 1-22-59 and 2-4-59. Pages Fine, wrapper Near Fine, bound with three gold brads. Subject: 1950s Cinema, Adventure, Film Scripts, Films with Literary Sources.