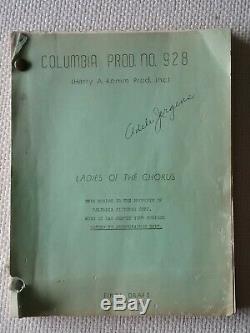 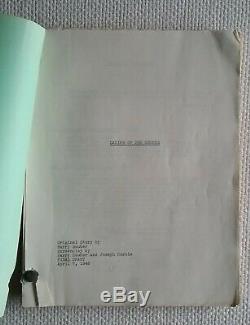 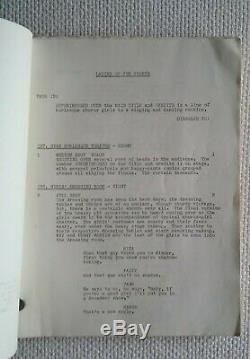 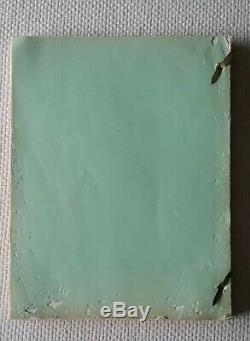 It was also the first time she sang and danced in a film and the first time she received a screen credit. In the film, Marilyn plays a chorus girl and co-star Adele Jergens plays her burlesque dancer mother despite being just 9 years older than 22 year-old Marilyn.

In its original theatrical release, Adele Jergens was given top billing, though after Marilyn rose to stardom in the early 1950s, the film was reissued to capitalize on her fame and her name was placed before the title, where it remains to this day. Final Draft dated April 7, 1948. Cover and first page partly loose. Covers have some fading and insect damage.

Pages have some notations, but the script is readable throughout. Appears to have been signed by Marilyn's co-star, Adele Jergens. A nice memento from an important early milestone in the career of screen legend, Marilyn Monroe.

If you are not present to sign, they will NOT leave the package. The item "Ladies of the Chorus (1948) Original Script MARILYN MONROE'S 1st Starring Movie" is in sale since Wednesday, April 3, 2019. This item is in the category "Entertainment Memorabilia\Television Memorabilia\Scripts\Originals\Unsigned".