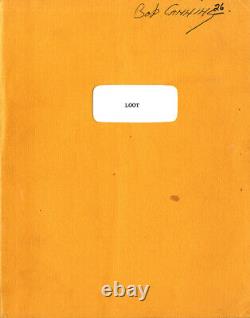 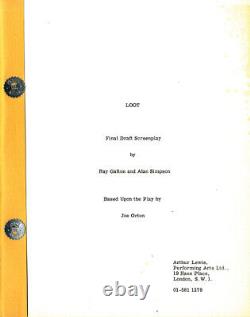 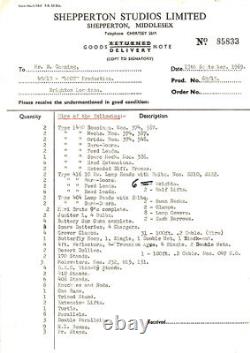 Pages NEAR FINE, wrapper NEAR FINE bound internally with two silver brads. In LOOT, Orton focuses on the homosexual character Hal, who robs banks and even uses his own dead mother's corpse as a vehicle for his underhanded, criminal enterprises. Based on the 1965 play of the same name by Joe Orton.

Two men rob a bank and hide the loot in a coffin at the funeral parlor at which they both work. A dark farce that examines social attitudes towards death, the corruption of police authority, and the nature of the law itself. Nominated for the Palme d'Or at the Cannes Film Festival. It must come back in the same condition as it was sent.

ABOUT ME: For further information, go to the ABOUT ME. This item is in the category "Entertainment Memorabilia\Movie Memorabilia\Scripts\Originals\Unsigned". The seller is "walterfilmusa" and is located in this country: US.