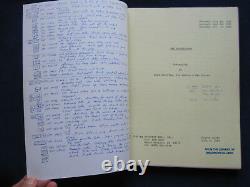 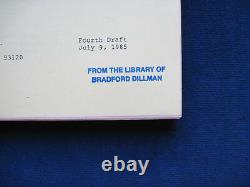 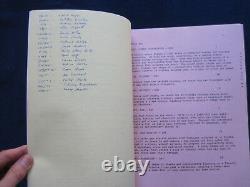 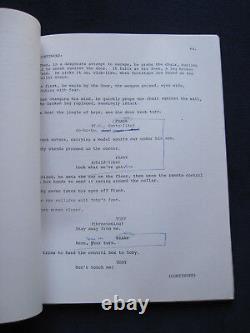 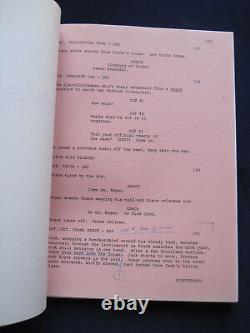 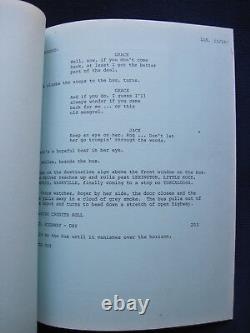 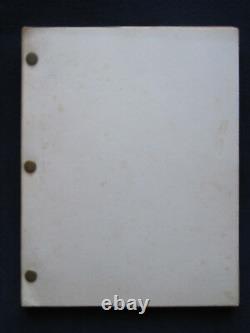 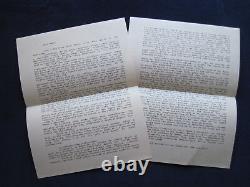 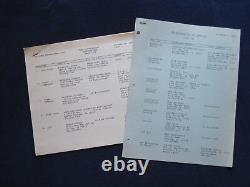 This was Dillman's working script with his extensive notations throughout. Laid in is a typed 2-page unsigned letter to the director / screenwriter Mark Stouffer, presumably written by Dillman, as it details his concerns for his character Frank Simmons. Also laid in is a crew and cast list. With Dillman's estate stamp which reads, "From the Library of Bradford Dillman". Bradbound, 115 pages, dated July 24, 1985 through October 6, 1985, with a release date in 1987.

The film tells the story of a lawyer running away from his past who becomes a recluse in the Alabama backwoods and becomes the primary suspect in the abduction of a local boy. He was trained at the Actors Studio under Lee Strasberg and knew James Dean in early television.

Dillman rose to sudden fame with his appearance in Richard Fleisher's film Compulsion (1959) with Dean Stockwell and Orson Welles, and continued in movies throughout his career in such films as The Way We Were, The Iceman Cometh, The Enforcer, Sudden Impact, Crack in the Mirror, Escape From the Planet of the Apes, Francis of Assisi, Piranha, The Swarm, etc. A great success in television, Dillman appeared in a remarkable number of shows and made for TV movies in a variety of genres, including, Mission Impossible, The Man from U. Columbo, Wagon Train, Ironside, Dynasty, The Wild Wild West, Thriller, Wonder Woman, Cannon, Barnaby Jones, and many others. This item is in the category "Entertainment Memorabilia\Movie Memorabilia\Scripts\Originals\Unsigned". The seller is "catstarbuck" and is located in this country: US.