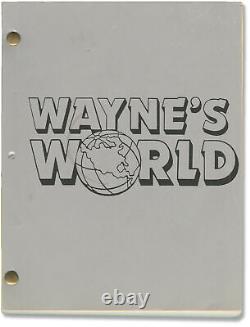 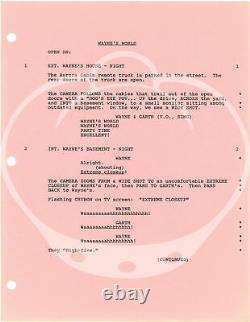 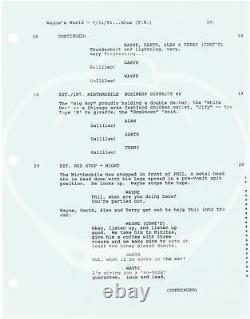 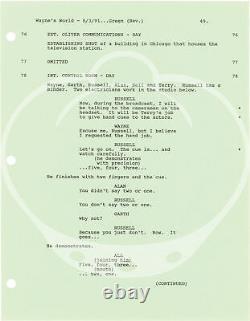 Description: Revised Draft script for the classic 1991 film comedy, with rainbow revisions. Based on a recurring Saturday Night Live sketch originated by Mike Myers, the film proved a critical and commercial success, shaping the slang of the 1990s and perhaps even more importantly, creating the most beloved lip-syncing scene of the twentieth century. Set and shot on location throughout Chicago and the Chicago suburbs, including Cicero, Aurora, Berwyn, and Covina, and in San Francisco, Inglewood, Cerritos, West Covina, and Los Angeles, California, and Scottsdale and Mesa, Arizona. Title page present, dated August 05, 1991, noted as Rev. With credits for screenwriters Mike Myers, Bonnie Turner, and Terry Turner.