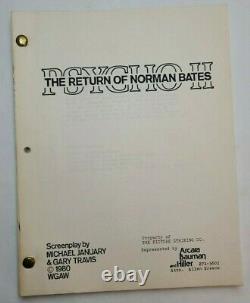 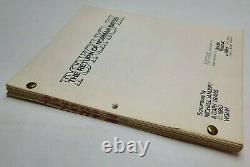 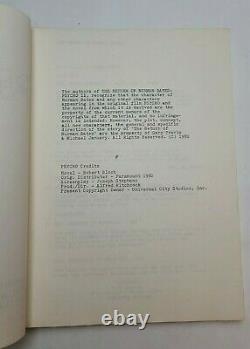 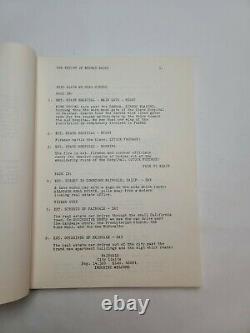 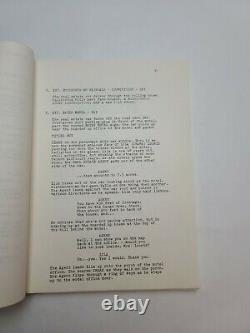 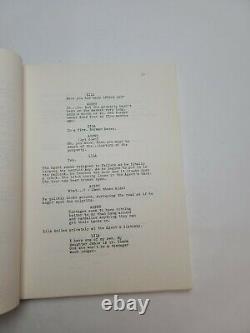 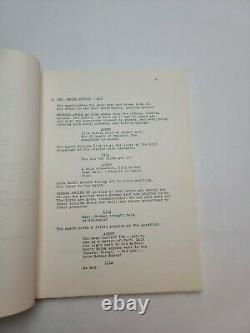 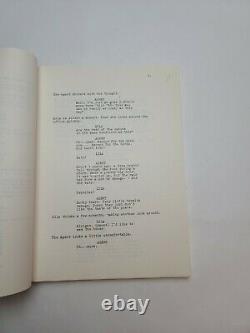 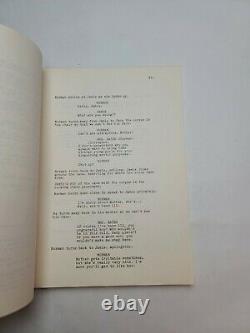 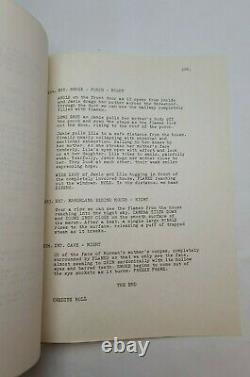 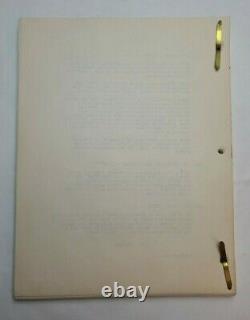 This script is w ritten by Gary Travis & Michael January. This 1980 film sequel was never produced. However, a different Psycho II film was eventually made in 1983 by a completely different production company and writer. This script is complete and it has all white pages throughout it inside.

It is complete and it is 108 pages long. Please view all of the pictures above carefully. This script is in good overall condition. "With Hollywood's summer, bloody summer of horror movies coming to an end, there's a team at work on the idea of a sequel to "Psycho, the late Alfred Hitchcock's classic psychological thriller.

And, if it's half as successful as the original, it will be a blockbuster. Filming on "Psycho II, the Return of Norman Bates, " is scheduled to begin early next year. Written by Gary Travis and Michael January and produced by Doc Erickson ("Urban Cowboy"), "Psycho II" is something of a frightful family reunion.

Anthony Perkins, Vera Miles and Greg Meadows all reprise their original roles, and even John Gavin, now U. Ambassador to Mexico, has a bit part of sorts: his photo sits on the dresser behind his widow, played by Miles. The possibility of Janet Leigh returning in the sequel went down the drain in "Psycho's" famous shower scene, but the producers are looking at Jamie Lee Curtis, Leigh's daughter and alumnus of several of the current crop of horror flicks, to play Miles' daughter. Stay away from that hot tub, Jamie! THIS 1980 SEQUEL FILM WAS NEVER PRODUCED.

I know that there are a lot of items to search through, but there is definitely something for you. Once you check off this little box it will allow you to search for a specific word that is contained in any of our listings' actual description. Here all of the original movie scripts will be categorized by decade, which will help you to narrow down what you are looking for by the year it was made. The item "PSYCHO II THE RETURN OF NORMAN BATES / 1980 Unproduced Screenplay, Slasher film" is in sale since Wednesday, December 8, 2021.