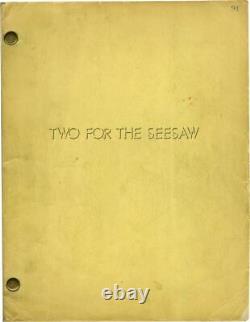 Based on Gibson's 1960 play, about two down-and-out people in New York and their sustained conversations. Nominated for two Academy Awards (Best Cinematography, Best Music), and wonderfully shot in anamorphic black-and-white. Regarded as one of the best portrayals of the New York scene after the Jack Kerouac era, pre-Andy Warhol and the Factory. Yellow titled wrappers, rubber-stamped copy No.