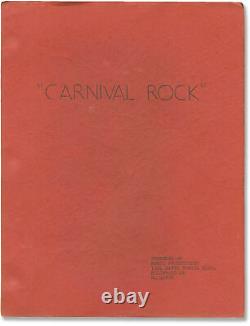 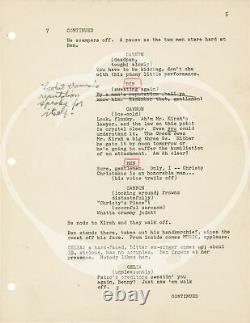 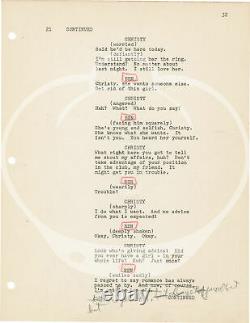 Miller was apparently considered for the role of Stanley, as many of Stanley's lines are marked with holograph pencil and then struck through, but was ultimately cast in the role of Ben. An early role for Miller, who appeared in 14 films directed by legendary independent filmmaker Roger Corman between 1955 and 1961, and would continue to work with Corman throughout his career. Title page present, undated, with credits for screenwriter Leo Lieberman.

Subject: 1950s Cinema, Directors, Exploitation, Film Scripts, Independent Film, Organized Crime. Royal Books is located in the midtown area of Baltimore, Maryland. Since 1996, we have specialized in rare books and paper relating to twentieth century literature, genre fiction, the arts, and popular culture, with a particular emphasis on cinema.