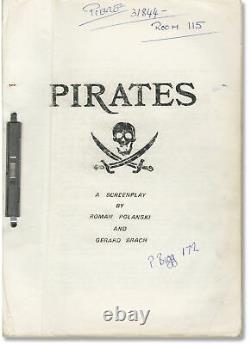 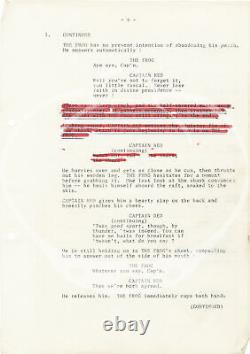 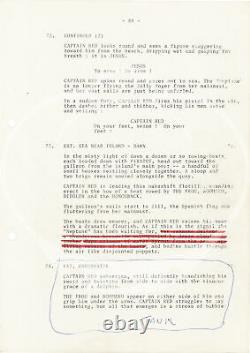 Description: Draft script for the 1986 film. Copy belonging to production designer Pierre Guffroy, with his first name in holograph ink to the title page, and his holograph annotations regarding props and special effects throughout. Dashing Captain Red (Walter Matthau) and his young assistant The Frog (Cris Campion) traverse the Atlantic Ocean, enjoying a bawdy, swashbuckling lifestyle. A Franco-Tunisian production, intended as a comedic valentine to the genre films of the 1930s and 1940s.