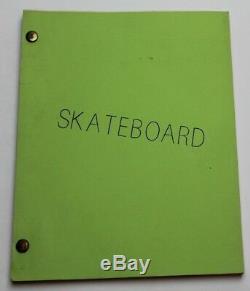 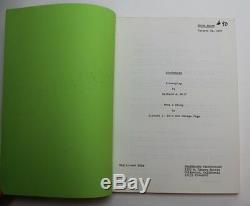 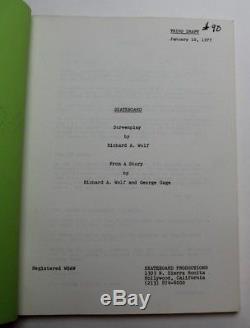 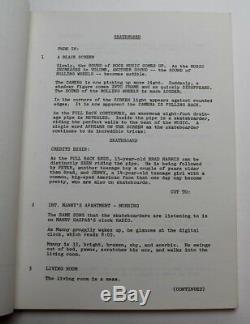 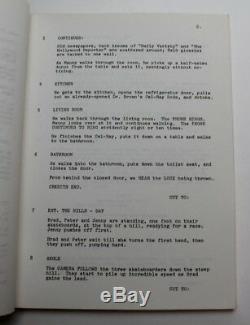 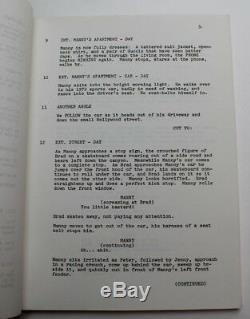 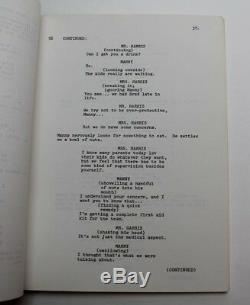 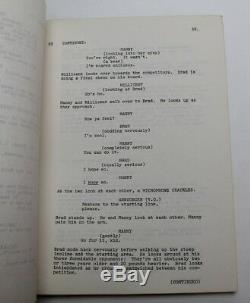 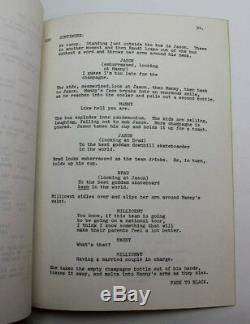 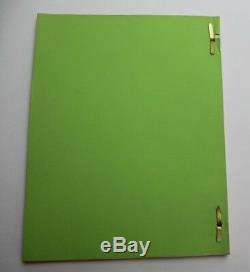 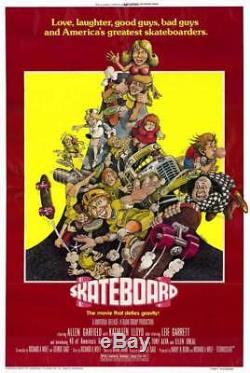 This is an extremely rare and early skateboarding movie starring Tony Alva. He is an American skateboarder, entrepreneur, and musician, most prominently known as a pioneer of vertical skateboarding and as one of the original members of the Zephyr Competition Skateboarding Team, famously known as the Z-Boys. The Transworld Skateboarding Magazine ranked him 8th in its list of the "30 Most Influential skateboarders" of all time.

A Hollywood agent finds himself in debt to a powerful bookie. To make a fast buck, he creates a team of exceptionally talented skateboarders and enters them in a downhill race. THE POSTER SHOWN IN THE LAST PICTURE ABOVE IS NOT INCLUDED, IT IS JUST BEING USED AS A VISUAL REFERENCE.

Once you check off this little box it will allow you to search for a specific word that is contained in any of our listings' actual description. Here all of the original movie scripts will be categorized by decade, which will help you to narrow down what you are looking for by the year it was made. The item "SKATEBOARD / Dick Wolf 1977 Movie Script, Tony Alva rare Zephyr Z-Boys Cult Film" is in sale since Tuesday, April 30, 2019. This item is in the category "Entertainment Memorabilia\Movie Memorabilia\Scripts\Originals\Unsigned".