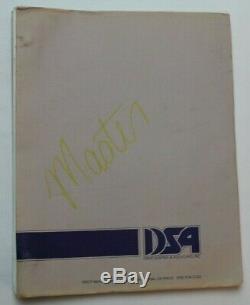 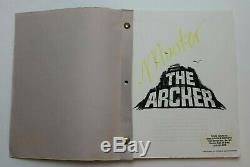 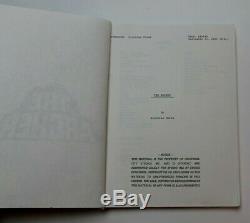 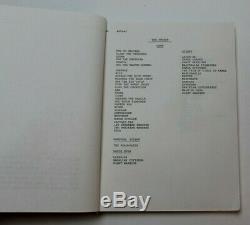 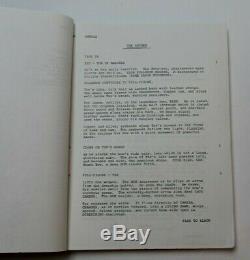 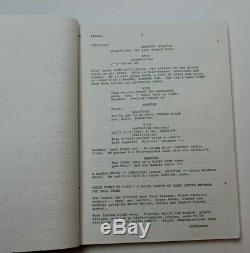 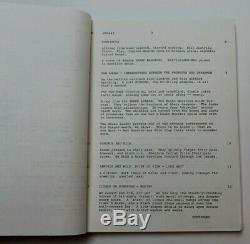 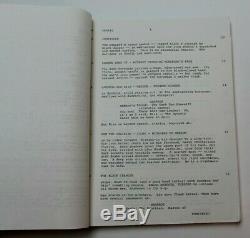 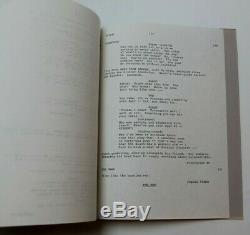 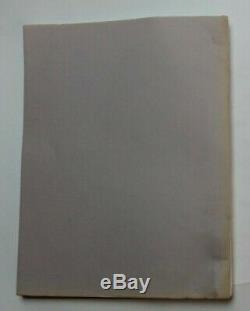 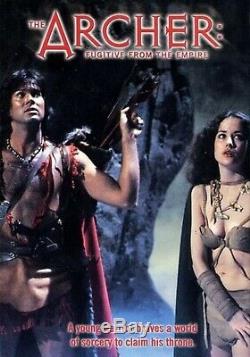 I have provided some pictures above where you can read a few pages inside. This draft has the Working Title of the film which was just, "The Archer".

Please view all of the pictures provided above. It is in very good overall condition. The hero is given his mentor's bow (the Heartbow) which chooses its new owner when passed on. It fires arrows that blow up like grenades, but can only be wielded by the one chosen to wield her.

The hero is a member of a nomadic tribe wiped out by the Draikian Empire's forces. He attempts to find the wizard Lazar-Sa who might be able to help him.

He is joined by a thief looking for adventure and cash, and the daughter of a goddess, Estra, looking to revenger herself on Lazar-Sa for crimes against her mother. THE POSTER SHOWN IN THE LAST PICTURE ABOVE IS NOT INCLUDED, IT IS JUST BEING USED AS A VISUAL REFERENCE.

We do our best to provide the widest selection of original movie scripts in the world. Whatever actor, producer, director, writer or specific film department you are looking for, we probably have a movie script related to the person you are looking for in some form or fashion. I know that there are a lot of items to search through, but there is definitely something for you. Once you check off this little box it will allow you to search for a specific word that is contained in any of our listings' actual description. Here all of the original movie scripts will be categorized by decade, which will help you to narrow down what you are looking for by the year it was made. The item "THE ARCHER FUGITIVE FROM THE EMPIRE / Nicholas Corea, 1980 TV Movie Screenplay" is in sale since Friday, June 14, 2019. This item is in the category "Entertainment Memorabilia\Movie Memorabilia\Scripts\Originals\Unsigned". The seller is "themoviewizard" and is located in Van Nuys, California.