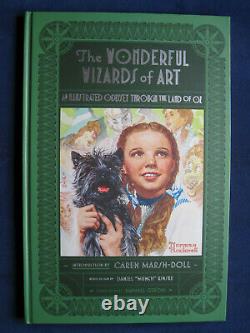 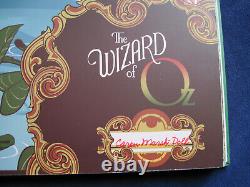 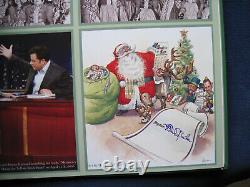 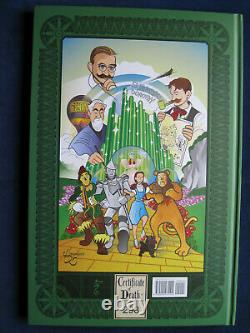 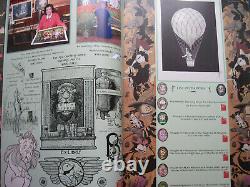 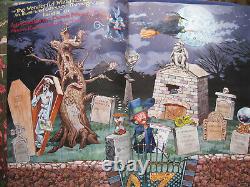 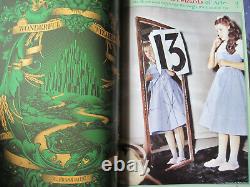 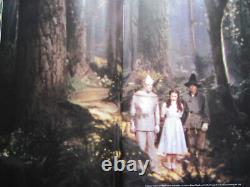 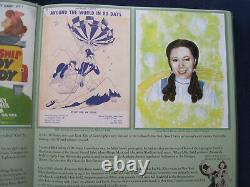 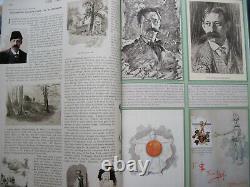 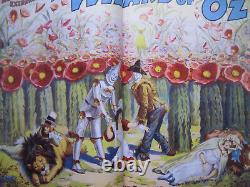 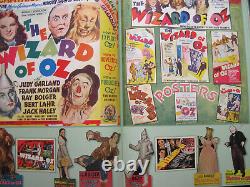 THE WIZARD OF OZ - THE CLASSIC FILM. The Wonderful Wizards of Art - An Illustrated Odyssey Through the Land of Oz - Introduction by Caren Marsh-Doll - Book Design by Daniel Munch Kinske. Los Angeles: Different Color Press, 2021. First Edition, First Printing and will not be reprinted.

Limited to 515 numbered copies signed by Caren Marsh-Doll, who was Judy Garlands stand-in during the 1939 production of the classic film, The Wizard of Oz, and contains her memories of working on the film. Additionally, the book is signed by Daniel Munch Kinske, the books designer. With gorgeous pages filled with many Oz related images, photos, promotional material, memorabilia, and information about L.

Frank Baum, as well as much production information about the making of the film itself. This hardbound coffee table art book has 150 pages, measures 11 wide by 17 tall , and is.

665 thick, with all edges gilt. All copies are numbered at the rear cover.

Beautifully printed throughout in color with old and new images. The front board has a lovely full-color illustration by Norman Rockwell of Judy Garland and Toto with the Scarecrow, Tin Man, and Lion in the background. Caren Marsh-Doll was born in Los Angeles on April 6th, 1919just blocks from where L.

Frank Baum lived with his wife Maud, until he died exactly a month later on May 6th, 1919. So, Caren walked by OzCot during her youth. She had a younger sister named Dorothy Morris who was a junior high school classmate and friend of Judy Garlandswho would come over to their home to play with Dorothy and the familys two dogs. Caren graduated from the Hollywood High School in the class of 1937. Her first movie role was as a dancer in the 1937 MGM film, Rosalie. Caren then was both a stand-in and dancer in over twenty-five films, from The Wizard of Oz and Gone with the Wind in 1939, to The Adventures of Don Juan and Macbeth in 1948, and continued to teach dancing for many years.

She later married publicity man, Bill Doll, who worked for Michael Todd at the Algonquin Hotel in Manhattan. Caren turned 100 in 2019right as she began to experience what would become her second global pandemic.

And this is the project she worked on during that time. This is truly a special book befitting such a special film. The item "THE WIZARD OF OZ ART BOOK SIGNED by JUDY GARLAND'S STAND-IN FILM MEMOIR & ART" is in sale since Wednesday, June 30, 2021. This item is in the category "Books & Magazines\Antiquarian & Collectible". The seller is "catstarbuck" and is located in Santa Barbara, California.