To Live and Die in L. A. (1984) WILLIAM FRIEDKIN'S FIRST DRAFT Movie Script 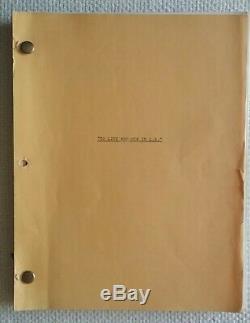 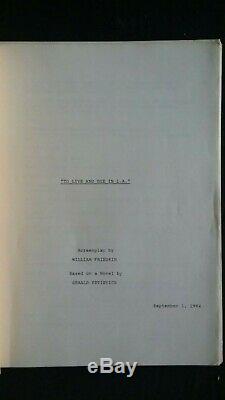 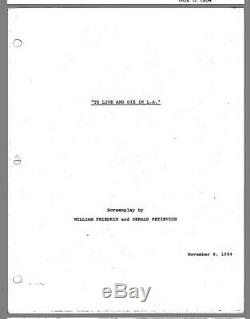 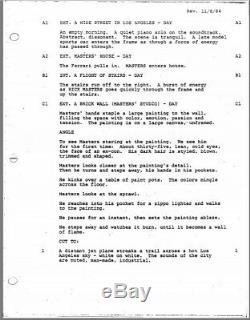 To Live and Die in L. Presumed first draft of William Friedkin's neo-noir thriller, dated 9/1/84. While the more common 11/8/84 version gives joint credit to Friedkin and.

Credits Friedkin as the sole screenwriter. In his 2013 memoir, Friedkin recalls that he was impressed by. Petievich's book, optioned it and wrote a script in three weeks.

This appears to be a contemporaneous copy of that first draft, which materially differs from the later draft, as seen in the last two photos. The lack of studio markings also points to it being the first draft, as it was always. Friedkin's intention to make the film independently, outside the studio system. As such, this version likely received very limited. Bears age-appropriate tanning at the edges.

A few pages have minor underlines, but the script is mostly unmarked. If no one is there to sign, they will not leave the package. The item "To Live and Die in L. (1984) WILLIAM FRIEDKIN'S FIRST DRAFT Movie Script" is in sale since Monday, November 4, 2019. This item is in the category "Entertainment Memorabilia\Movie Memorabilia\Posters\Originals-United States\1980-89".