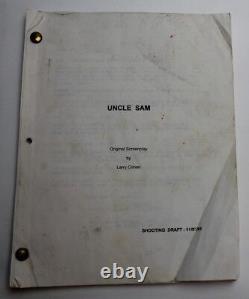 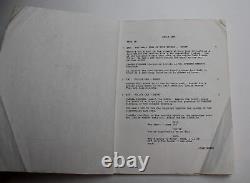 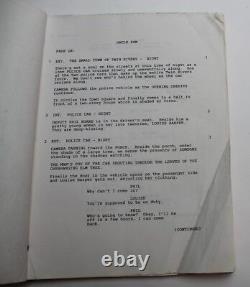 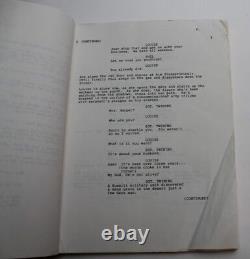 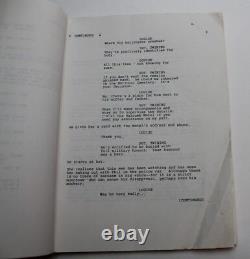 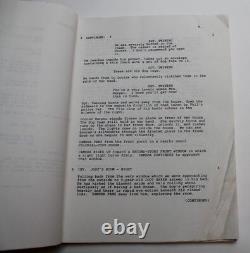 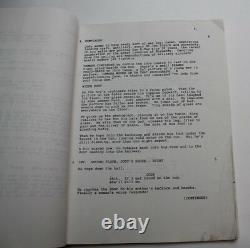 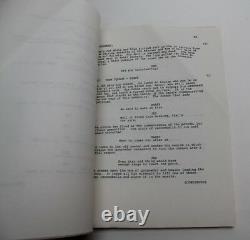 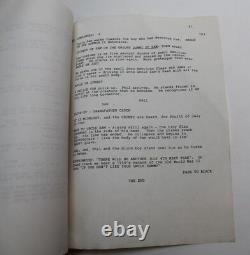 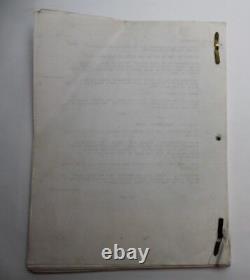 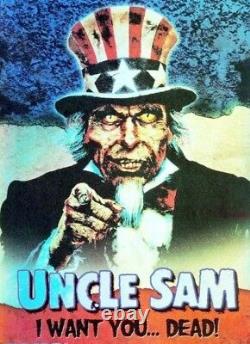 Script Dated: November 7, 1995. This is an original movie script from the 1996 Horror film titled, " Uncle Sam". This script is likely an original office copy used by the production company. This script has all white pages throughout inside and it is 91 pages long.

Some of the pages inside have wrinkling and creasing. It shows the appropriate signs of aging for being around 20 years old. Please view all of the pictures above carefully. This script is in good overall condition. It is a rare movie starring William Smith, David'Shark' Fralick & Christopher Ogden.

Desert Storm vet who was killed in combat rises from the grave on July Fourth, to kill the unpatriotic citizens of his hometown, after some teens burn an American flag over his burial site. THE POSTER SHOWN IN THE LAST PICTURE ABOVE IS NOT INCLUDED, IT IS JUST BEING USED AS A VISUAL REFERENCE. Specializes in rare and collectible movie scripts. Our scripts are genuine, authentic and screen used.