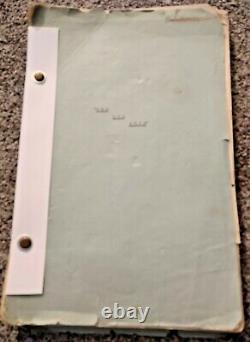 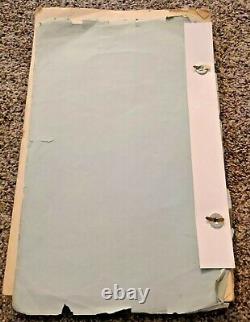 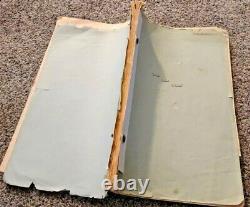 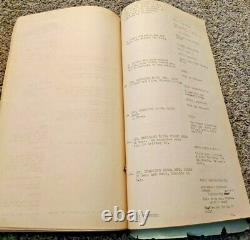 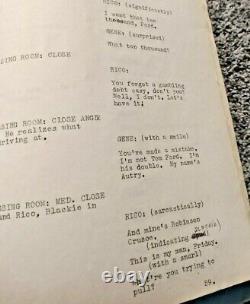 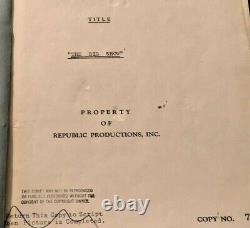 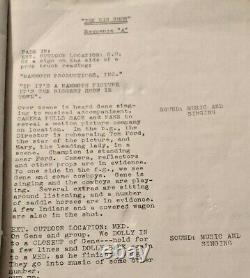 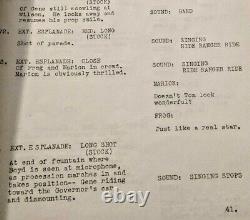 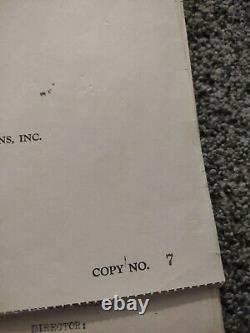 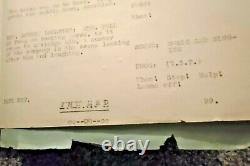 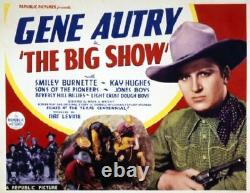 Written by Dorrell and Stuart E. McGowan, the film is about a singing cowboy who confuses two girls by being himself and his own stunt double at the Texas Centennial in Dallas. Eight weeks of daily use on a movie set and 85 years of time have taken its toll. The script shows some wear and tear.

But it hasn't been abused. The front and back covers are worn the most, but have been reinforced with stiff cardboard and a bit of clear tape, which was applied on the inside where it's not visible. That's the bad news. HERE'S THE GOOD NEWS: The script is complete and tightly bound.

It's held together by its original brads and the inside pages are still clean and crisp. It has the history and the character you'll never find in reprints. More good news: this script is genuine. It's not a copy which never saw the set or wasn't even printed until years after the movie was released. It's the real deal, and there aren't many like it.

In fact, we did our due research and couldn't find another one. We can't guarantee it, but we believe this is one of a kind.

It's script number 7. In the heirarchy of the movie set the first, second and third copies would have gone to the director, the 1st assistant director and the 2nd assistant director. Cinematography, the team who was responsible for setting up each shot, would get copy four and five, and sometimes six. The actors would get copies six (or seven) through whatever, then the rest of the crew.

This wasn't always the case, but was typical of film sets of the time. We believe that copy 7 was used by one of the principal actors. There's no way to say for sure, though. It's just our opinion. Here's what we are sure of... This will likely be the only chance you'll ever have to own a piece of Hollywood history. Those of us who actually saw the movie were fascinated when we read the script, by how little ad libbing was done, and how closely the script was followed. If you want this script, grab it now before someone else steals that chance from you. Two last notes: if you know a Gene Autry fan or old western movie buff, this would make a great gift. The photo of the movie poster is for context only. The poster is not included in this package. This item is in the category "Entertainment Memorabilia\Movie Memorabilia\Scripts\Originals\Unsigned". The seller is "vintageame_48" and is located in this country: US. This item can be shipped to United States.