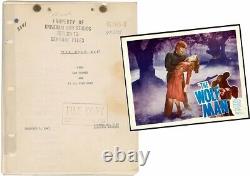 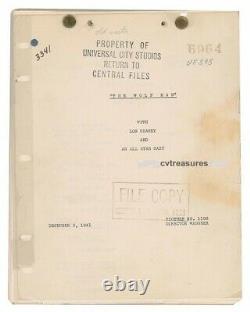 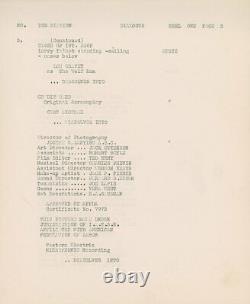 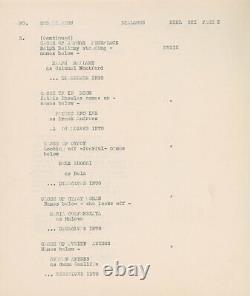 Amazing piece of Classic Horror Hollywood history! Extremely RARE Original Vintage 1941 Universal Studio Movie Script for this iconic Horror classic "The Wolf Man". Not only Super Rare but it is the ONLY one we could find that has ever appeared on the market.

An Amazing piece of Horror Hollywood History! UPDATE: Up until recently this was the Only Original "Wolf Man" script ever to appear on the market for sale. The Wolf Man Original Universal Studio File Script.

In the iconic title role, and featured an all-star supporting cast of Claude Rains, Warren William, Ralph Bellamy, Patric Knowles, Bela Lugosi, Evelyn Ankers, and Maria Ouspenskaya. Considered one of the finest horror films ever made, it cast a great influence on the depiction of werewolves in popular culture.. UACC Registered Dealer No 307. This item is in the category "Entertainment Memorabilia\Movie Memorabilia\Scripts\Originals\Unsigned".

The seller is "cvtreasures" and is located in this country: US. This item can be shipped to United States, Canada.