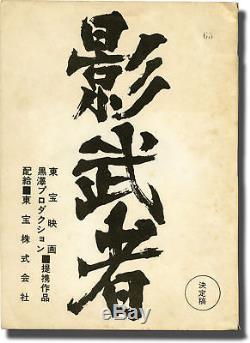 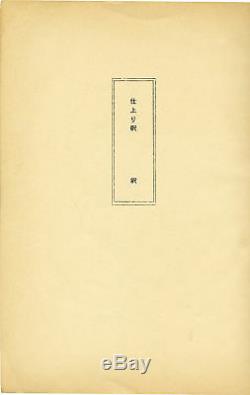 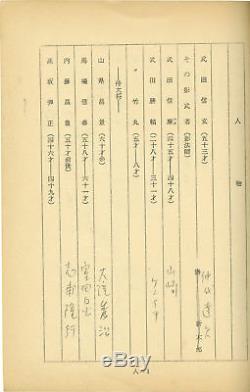 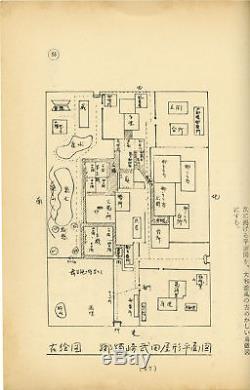 Kagemusha (Original screenplay for the 1980 film, with hologrph notations). Author: Kurosawa, Akira (director, screenwriter); Masato Ide (screenwriter); Tatsuya Nakadai (starring) Title: Kagemusha (Original screenplay for the 1980 film, with hologrph notations) Publication: Yokohama, Kanagawa: Kurosawa Production Co. Description: Draft script for the 1980 Japanese film. Holograph pencil notations throughout regarding casting, including the use of professional or amateur actors, as well as a notation regarding lead actor Katsu Shintaro, who was fired on the first day of shooting. The story of a low-class criminal taught to be the decoy (or kagemusha) of a dying feudal lord, based on the historical daimyo Takeda Shingen, and depicting the 1575 Battle of Nagashino in the cinematic climax. Nominated for two Academy Awards, including Best Foreign Language Film, and winner of the Palme d'Or at the 1980 Cannes Film Festival. Set in Sengoku period, shot on location in Iga Ueno Castle, Himeji Castle, Kumamoto Castle, Yuhara Plain, Hokkaido, Japan. Subject: 1980s Cinema, Academy Awards, Directors, Film Scripts, Japanese Cinema. Royal Books is located in the midtown area of Baltimore, Maryland. Since 1996, we have specialized in rare books and paper relating to twentieth century literature, genre fiction, the arts, and popular culture, with a particular emphasis on cinema. All books noted as First Editions are also First Printings unless indicated otherwise. This listing was created by Bibliopolis. The item "Akira Kurosawa KAGEMUSHA Original screenplay for the 1980 film with #143208" is in sale since Monday, April 8, 2019. This item is in the category "Entertainment Memorabilia\Movie Memorabilia\Scripts\Originals\Unsigned". The seller is "vanburenantiques" and is located in Baltimore, Maryland. This item can be shipped worldwide.