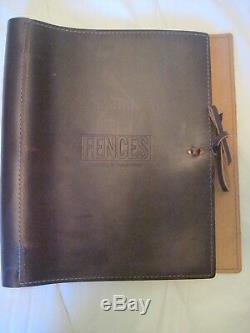 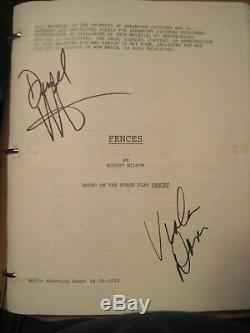 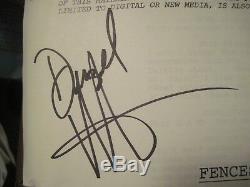 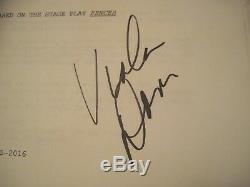 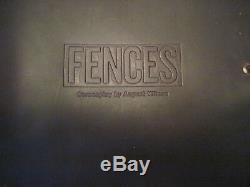 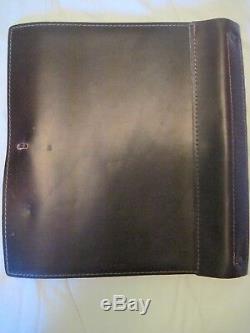 WASHINGTON, DENZEL, VIOLA DAVIS, & AUGUST WILSON. Fences - Screenplay by August Wilson Based On His Play. Los Angeles: Fox Searchlight Pictures, 2017. Signed on the title page by actors Denzel Washington and Viola Davis, both of whom are Academy Award winners. Bound in flexible distressed brown leather, with matching leather ties, and with the films title logo embossed on the front cover. This special script was one of a small number made and given to members of the Hollywood Foreign Press Association for Golden Globes Awards consideration. There are only about 90 members of the association. The American Film Institute picked Fences as one of the top ten films of 2016. The film received four Oscar nominations including Best Picture, Best Actor (Washington), Best Supporting Actress (Davis) and Best Adapted Screenplay, with Davis winning for her performance.

The item "AUGUST WILSON FILM SCRIPT FENCES SIGNED BY DENZEL WASHINGTON & VIOLA DAVIS" is in sale since Monday, April 29, 2019. This item is in the category "Books\Antiquarian & Collectible". The seller is "catstarbuck" and is located in Santa Barbara, California.