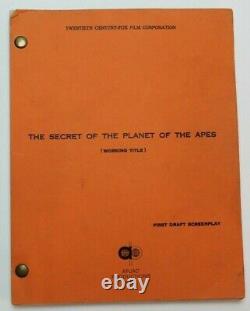 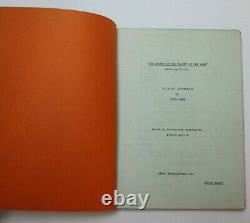 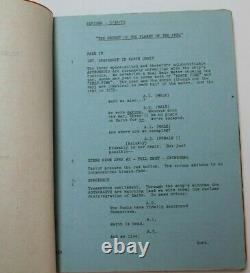 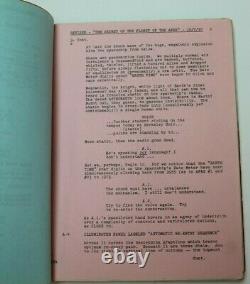 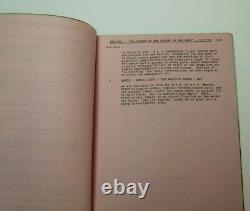 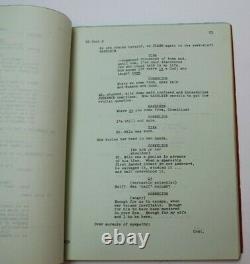 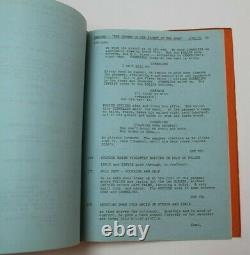 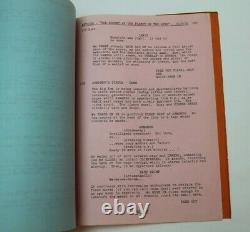 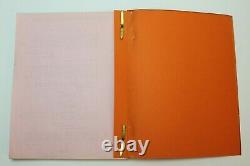 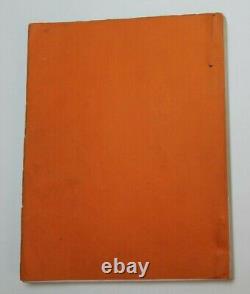 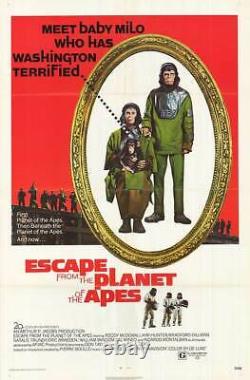 This complete script is 100 pages long. Please view all of the pictures provided above. It is in very good overall condition.

Following the events in "Beneath the Planet of the Apes", Cornelius and Zira flee back through time to 20th Century Los Angeles, where they face fear and persecution similar to what Taylor and Brent suffered in the future, and discover the origins of the stream of events that will shape their world. THE POSTER SHOWN IN THE LAST PICTURE ABOVE IS NOT INCLUDED, IT IS JUST BEING USED AS A VISUAL REFERENCE. Specializes in rare and collectible movie scripts.