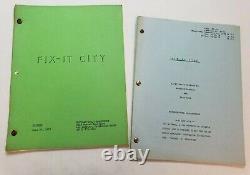 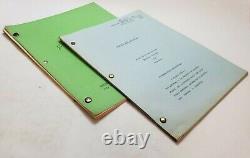 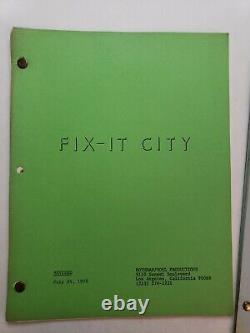 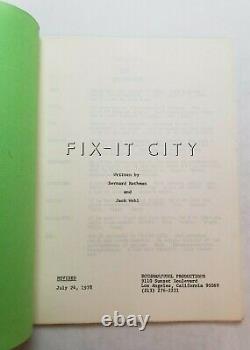 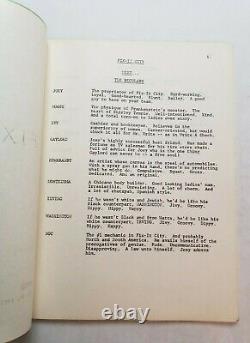 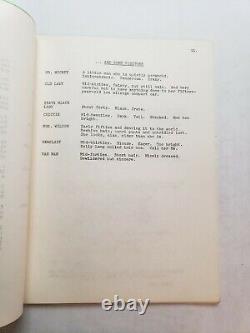 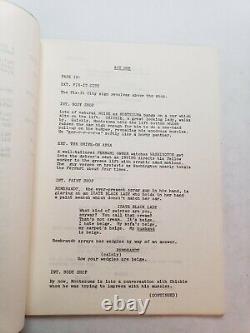 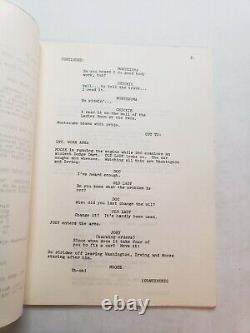 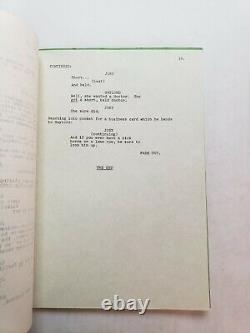 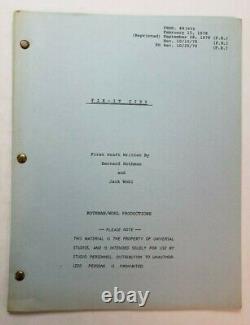 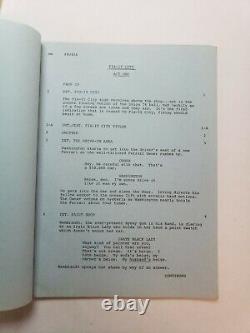 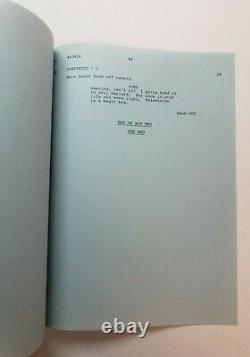 Written by: Bernard Rothman & Jack Wohl. This is an Original Movie Script used during the making of the 1978 TV movie, "FIX-IT CITY". This script has the original green production cover. This script has all white pages throughout it inside. It is complete and it is 34 pages long.

Please view all of the pictures above carefully. These 2 scripts are in good overall condition. Specializes in rare and collectible movie scripts. Our scripts are genuine, authentic and screen used.