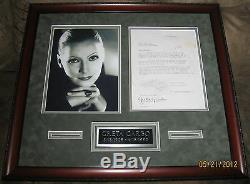 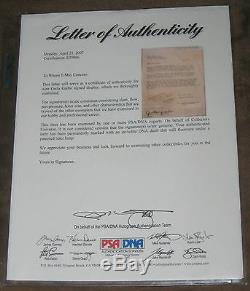 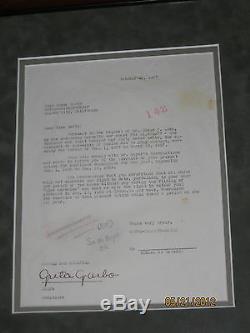 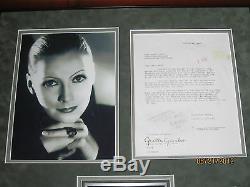 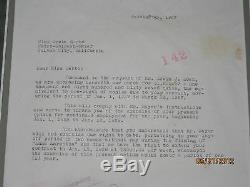 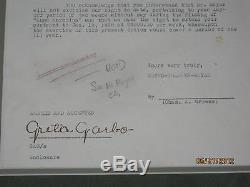 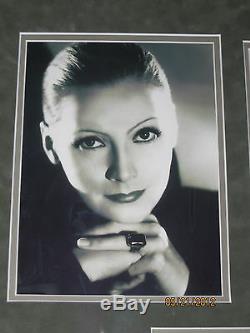 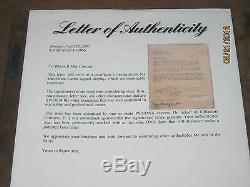 Up for sale is this rare 1927 "Greta Garbo" MGM Movie Contract. This original MGM contract was signed in person by Greta Garbo.

Greta had many great movies under her belt, but one is her most famous "Anna Karenina". Greta Garbo (18 September 1905 15 April 1990), born Greta Lovisa Gustafsson, was a Swedish film actress.

Garbo was an international star and icon during Hollywood's silent and classic periods. Many of her films were sensational hits, and all but three of her twenty-four Hollywood films were profitable.

Garbo was nominated four times for an Academy Award and received an honorary one in 1954 for her "luminous and unforgettable screen performances". She also won the New York Film Critics Circle Award for Best Actress for both Anna Karenina (1935) and Camille (1936). In 1999, the American Film Institute ranked Garbo fifth on their list of greatest female stars of all time after Katharine Hepburn, Bette Davis, Audrey Hepburn, and Ingrid Bergman. Extremely scarce in autograph material in virtually any format.

Greta has signed the movie contract in black fountain pen. "Talks about the movie Anna Karenina in this contract".

The item "Greta Garbo Original 1927 Signed MGM Movie Contract. PSA/DNA Full letter coa" is in sale since Sunday, October 22, 2017. This item is in the category "Entertainment Memorabilia\Movie Memorabilia\Scripts\Originals\Signed". The seller is "historic-treasures" and is located in Costa Mesa, California.