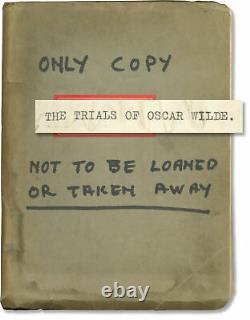 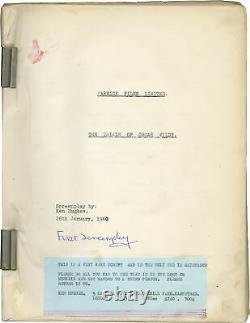 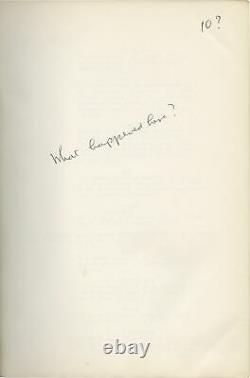 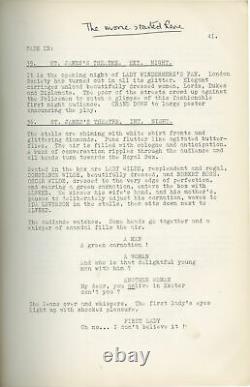 The Trials of Oscar Wilde (Original screenplay for the 1960 film, director Ken Hughes' working copy). Author: Ken Hughes (director, screenwriter); Montgomery Hyde (screenwriter); John Furnell (playwright); James Mason, Peter Finch, Lionel Jeffries (starring) Title: The Trials of Oscar Wilde (Original screenplay for the 1960 film, director Ken Hughes' working copy) Publication: London: Warwick Film Productions, 1960. Description: First Draft script for the 1960 UK film. File copy belonging to the film's director Ken Hughes, with a typescript note tipped on to the title page requesting its return to the director and noting it is the only script in existence for the film. Peter Finch delivers a strong performance as the inimitable author Oscar Wilde in this film about Wilde's sodomy trial after his affair with Lord Alfred Douglas, lifted in large part from the historical court records. One of two films about Wilde released in May of 1960, the other being director Gregory Ratoff's Oscar Wilde. " In order to compete with the other Wilde film, production on "The Trials of Oscar Wilde was made in only nine weeks from start to finish, with filming wrapping a mere two weeks before the London opening. Composer Ron Goodwin was recording music before scenes were filmed, most scenes were filmed in one take, and four editing rooms were set up, working in parallel during principal photography, in order to deal with the rushed timeline. Shot on location in England. Green wrappers with a typescript title label. Title page present, dated 28th January, 1960, noted in holograph ink as First Screenplay.

Subject: 1960s Cinema, Biography, Directors, Film Scripts, Films Based on Plays, History, LGBTQ Interest. Royal Books is located in the midtown area of Baltimore, Maryland. Since 1996, we have specialized in rare books and paper relating to twentieth century literature, genre fiction, the arts, and popular culture, with a particular emphasis on cinema. All books noted as First Editions are also First Printings unless indicated otherwise.