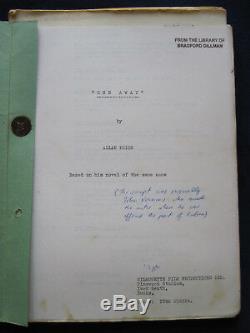 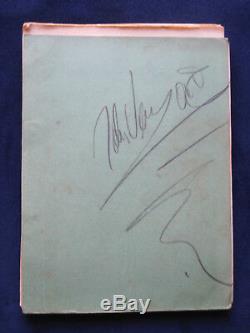 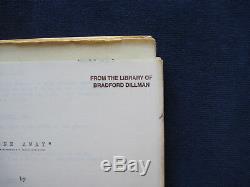 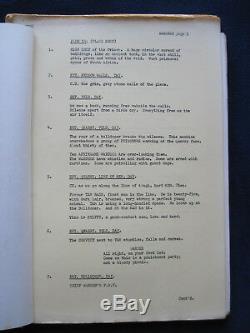 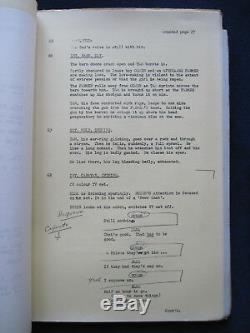 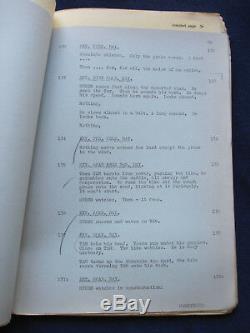 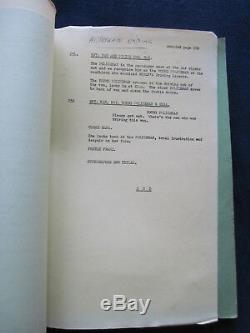 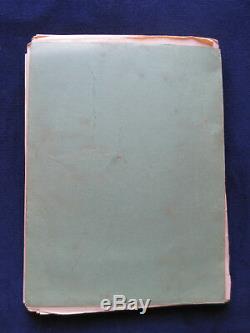 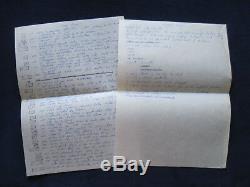 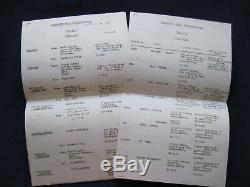 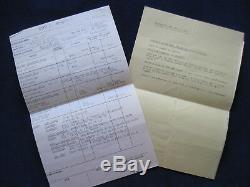 [ONE AWAY - THE FILM]. PRIOR, ALLAN & BRADFORD DILLMAN. Original Revised Shooting Script for the Film One Away by Allan Prior, Starring Bradford Dillman, from Dillmans Library. Silhouette Productions / Pinewood Studios, n.

Original revised draft shooting script with color rewrite pages for the 1976 prison break, action film One Away written by Allan Prior, based on his novel, directed by Sidney Harris, and starring Bradford Dillman, Elke Sommer, and Dean Stockwell. This was Dillmans working script with his extensive notations throughout, with John Vernon written on the front cover and Dillmans explanation The script was originally [actor] John Vernons, who made the notes when he was offered the part of Ruben, indicating that Dillman ultimately played the character Ruben Bass. With Dillmans estate stamp which reads, From the Library of Bradford Dillman and with 2 pages of his character and acting notes. Also laid in is a call sheet, a movement order, cast list, and unit / crew list. A lightly handled copy with some minor dust soiling and edge wear.

Columbo, Wagon Train, Ironside, Dynasty, The Wild Wild West, Thriller, Wonder Woman, Cannon, Barnaby Jones, and many others. The item "ORIGINAL Script for Film ONE AWAY Actor BRADFORD DILLMAN'S Copy with His Notes" is in sale since Wednesday, May 16, 2018. This item is in the category "Entertainment Memorabilia\Movie Memorabilia\Scripts\Originals\Unsigned". The seller is "catstarbuck" and is located in Santa Barbara, California.