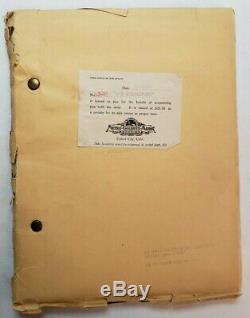 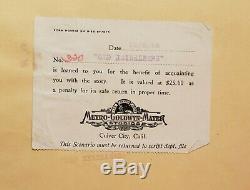 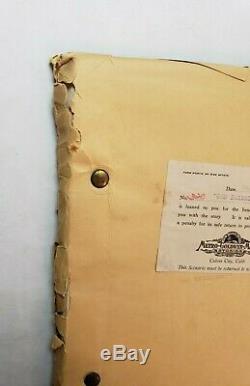 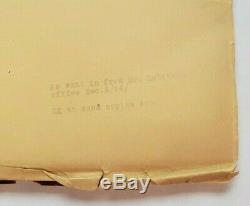 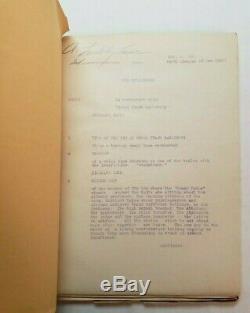 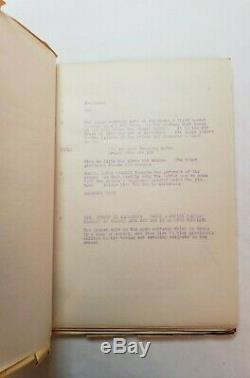 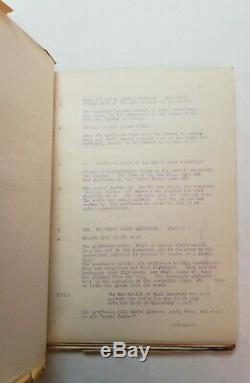 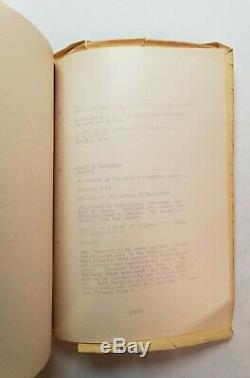 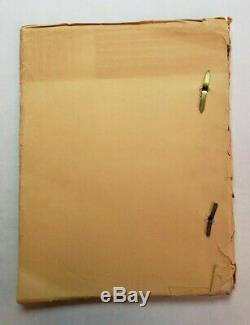 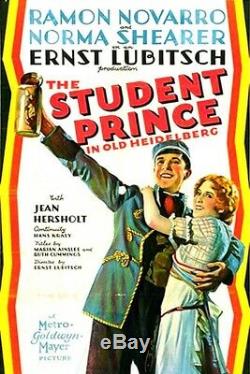 This is an Original Movie Script used during the making of the 1927 Silent Film titled, "The Student Prince In Old Heidelberg". This script has the Working Title on the front cover which was. It has the original tan, Metro-Goldwyn-Mayer, production cover.

The front cover has the. Original production stamp marks, including the date. This script has all white pages throughout it inside. This script is complete and it is 159 pages long. This script was used by the 2nd Cameraman.

Please view all of the pictures provided above. The cover has tears along the spine and the outer edges. The back cover has some discoloration from being in storage for many years. This script is in good overall condition.

It shows the appropriate signs of aging for being used during the 1920's. Young Prince Karl Heinrich has spent his entire life behind the palace gates protected from the world. He has been raised in a melancholy atmosphere of strict discipline and duty, yet he often looks out at the frolics of youths and maidens who live beyond the walls.

When he passes his exams, Karl is sent to Heidelberg to complete his studies. It is a heady new world of brew, song, and comradeship.

Karl falls in love with Kathi, a pretty barmaid, and she reciprocates. But can the love survive their disparate backgrounds? Will Karl ever find happiness or will duty deny it to him? THE POSTER SHOWN IN THE LAST PICTURE ABOVE IS NOT INCLUDED, IT IS JUST BEING USED AS A VISUAL REFERENCE.

I know that there are a lot of items to search through, but there is definitely something for you. Once you check off this little box it will allow you to search for a specific word that is contained in any of our listings' actual description. Here all of the original movie scripts will be categorized by decade, which will help you to narrow down what you are looking for by the year it was made. The item "STUDENT PRINCE IN OLD HEIDELBERG / 1926 Screenplay, Ernst Lubitsch Silent Film" is in sale since Friday, January 31, 2020. This item is in the category "Entertainment Memorabilia\Movie Memorabilia\Scripts\Originals\Unsigned".