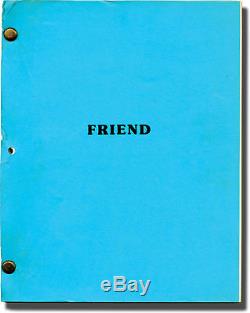 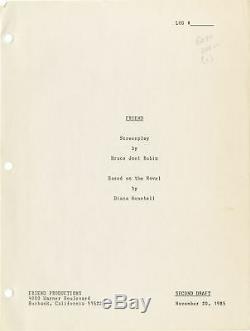 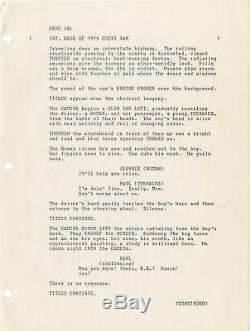 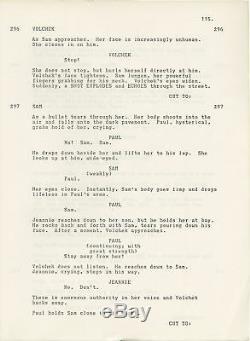 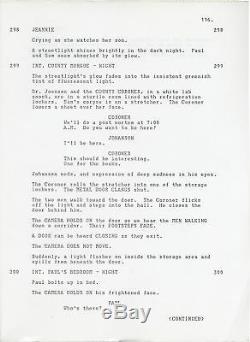 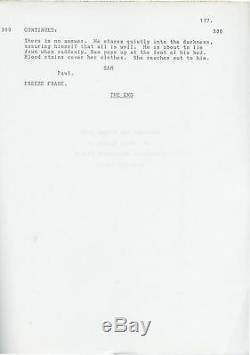 Based on the 1985 novel "Friend" by Diana Henstell. Teenage science genius Paul (Laborteaux) builds a robot called BB and garners friendships with the local paperboy (Sharrett), and the girl next door (Swanson), whom he subsequently falls in love with.

His robot is destroyed by a cranky old neighbor and Samantha is killed by her alcoholic father, leading Paul to implant the microchip from BB into Samantha's brain-dead body. Samantha wakes and sets off on a killing spree. Set in California, and filmed on location there.

Royal Books is located in the midtown area of Baltimore, Maryland. Since 1996, we have specialized in rare books and paper relating to twentieth century literature, genre fiction, the arts, and popular culture, with a particular emphasis on cinema. All books noted as First Editions are also First Printings unless indicated otherwise. This listing was created by Bibliopolis. The item "Wes Craven DEADLY FRIEND FRIEND Original screenplay for the 1986 film #129193" is in sale since Monday, April 8, 2019.