Barbara Bach UNSEEN Original screenplay for the 1980 film with #142520 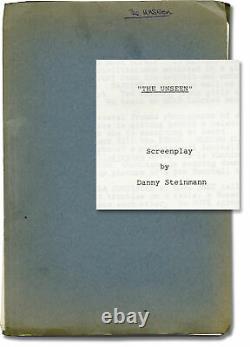 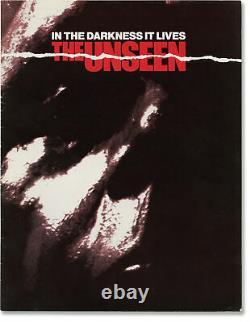 Description: First Draft script for the 1980 horror film. Accompanying the script is a bi-fold two-color card program issued to the press upon the film's release. One of the strangest American horror films of 1980, largely unseen until a pair of restorations brought it back to light in the late 2010s. Featuring actress Barbara Bach during the relatively prolific period that came after her star-making role as a Bond girl in "The Spy Who Loved Me" (1977). Shot in Santa Paula, Altadena, and Piru, California.

Subject: Exploitation, Film Scripts, Horror, Science Fiction. Royal Books is located in the midtown area of Baltimore, Maryland. Since 1996, we have specialized in rare books and paper relating to twentieth century literature, genre fiction, the arts, and popular culture, with a particular emphasis on cinema. All books noted as First Editions are also First Printings unless indicated otherwise. This listing was created by Bibliopolis.