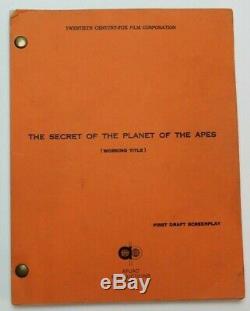 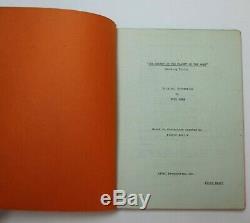 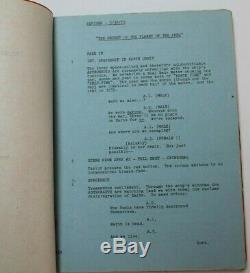 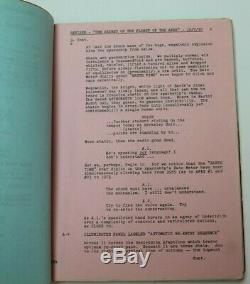 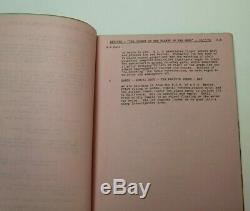 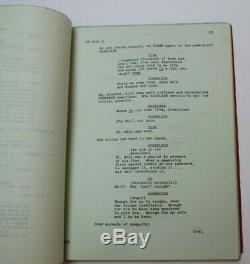 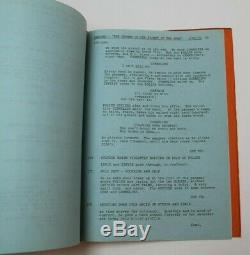 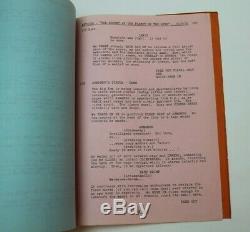 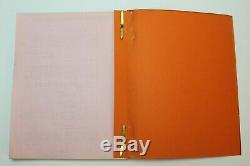 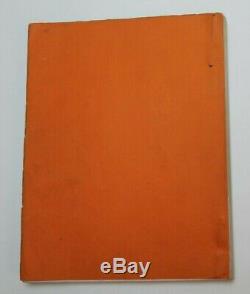 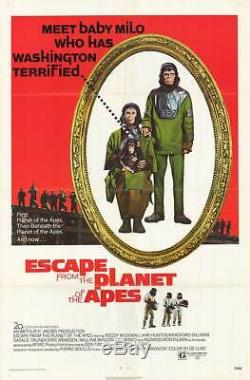 Please view all of the pictures provided above. It is in very good overall condition. Following the events in "Beneath the Planet of the Apes", Cornelius and Zira flee back through time to 20th Century Los Angeles, where they face fear and persecution similar to what Taylor and Brent suffered in the future, and discover the origins of the stream of events that will shape their world. THE POSTER SHOWN IN THE LAST PICTURE ABOVE IS NOT INCLUDED, IT IS JUST BEING USED AS A VISUAL REFERENCE.

We have one of the largest collections of original movie screenplays in the world. We also carry scripts used in Television, Broadway, Radio and other forms of entertainment. Every script that we own was hand-picked one at a time over the many years of which we have been collecting. A lot of people, new to collecting, are confused about the word Original. " In terms of movie scripts, the term "Original means that it was used by the production company in the early stages of production or that it was issued out to the cast and crew members during filming, and used at the time of production. Any scripts printed or used in any fashion after filming has completed are known as either a reproduction or a post-production script. These two types of scripts are much less valuable and desirable. All of our scripts are Original. An original movie script has a lot of character in the item itself and every one of them is different in some way or another.