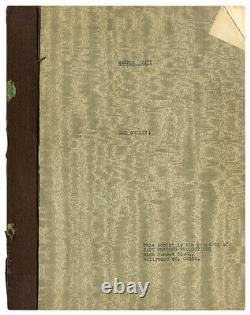 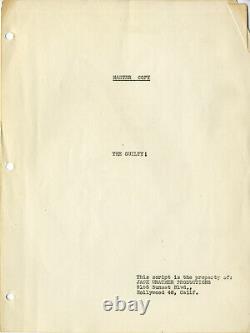 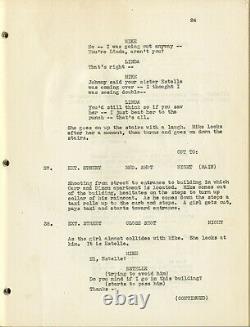 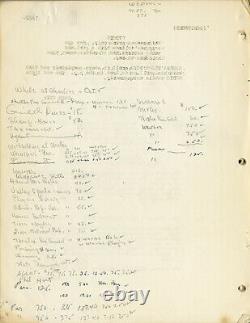 This script belonged to actor Wally Cassell, who played the role of Johnny Dixon. Cassell underlined some dialogue and left a page of MS notes about locations on the back of the final page of text. 63: Man has romance with woman whose identical sister is murdered.

Both he and another suspect confuse the good twin with her evil sibling. 275: There's a good twist at the end of what is... A quite successful piece of noir: Bonita Granville, best known for portraying Nancy Drew, is surprisingly good as the femme fatale. It must come back in the same condition as it was sent.

AUTHENTICATION: My name is Walter Reuben. I have been collecting movie posters since 1978. I have been a full-time dealer since 1982. Everything which I sell is fully researched and entirely guaranteed to be completely authentic and as described. A lifetime of experience goes behind every description of every piece which I offer.

ABOUT ME: For further information, go to the ABOUT ME. This item is in the category "Entertainment Memorabilia\Movie Memorabilia\Scripts\Originals\Unsigned". The seller is "walterfilmusa" and is located in this country: US. This item can be shipped worldwide.