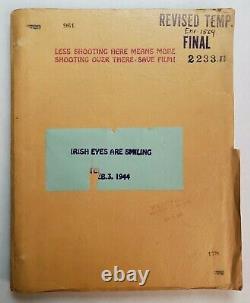 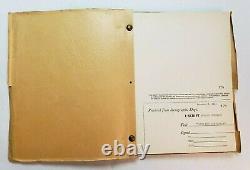 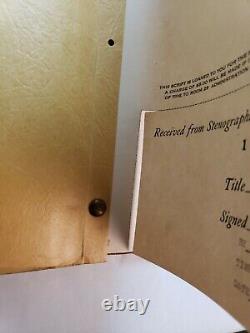 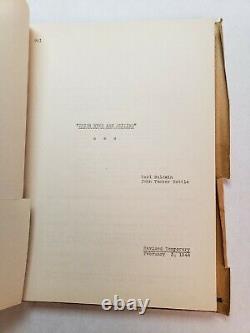 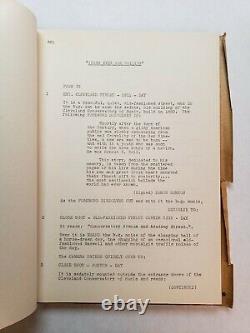 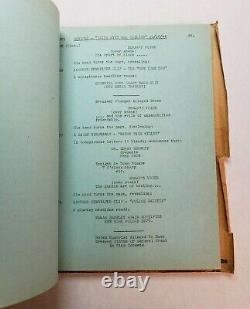 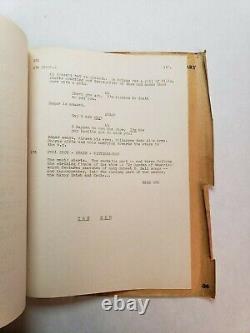 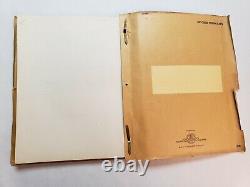 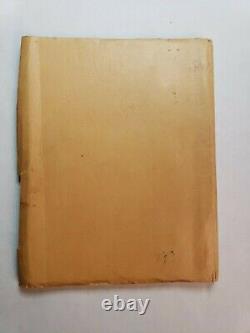 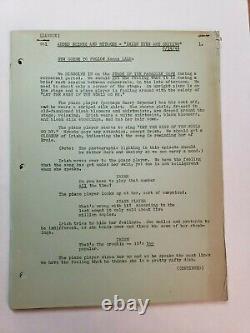 This is an Original Movie Script used during the making of the 1944 Musical film titled, "Irish Eyes Are Smiling". This script is the Revised Final Draft. It has the original tan, Twentieth Century Fox, production cover. The front cover has some production stamp marks and a sticker label with the title.

The script receipt is still attached inside but it starting to tear loose, please view the 4th picture provided above. This script has all white pages and blue revision pages throughout it inside.

This script is complete and it is 117 pages long. It also includes some additional pages containing added scenes and retakes dated June 1944. The back cover is a blank front cover. Please view all of the pictures provided above. It is in good overall condition.

It shows the appropriate signs of aging for being used during the 1940's. A tunefull account of the life of Ernest R. Ball, composer of many popular Irish songs, including the title's. THE POSTER SHOWN IN THE LAST PICTURE ABOVE IS NOT INCLUDED, IT IS JUST BEING USED AS A VISUAL REFERENCE.