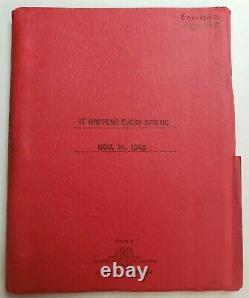 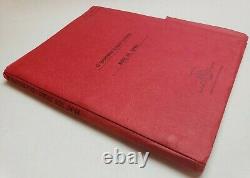 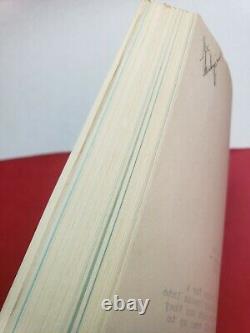 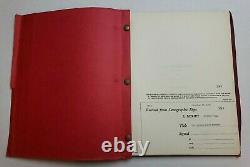 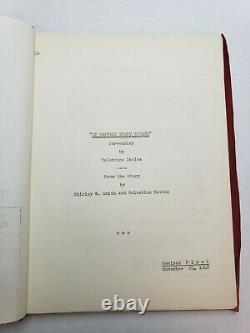 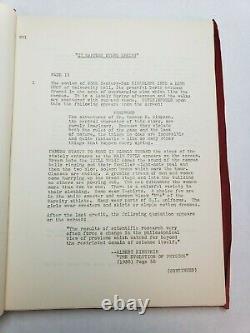 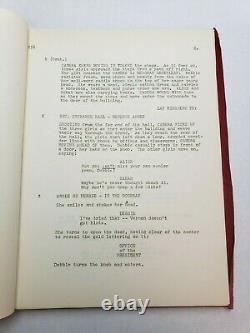 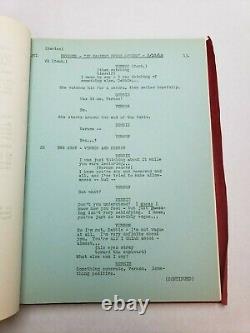 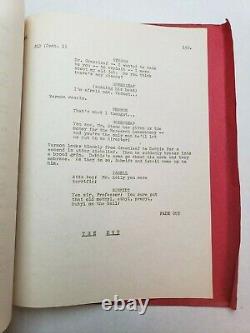 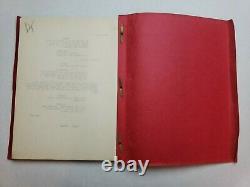 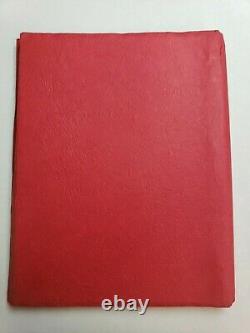 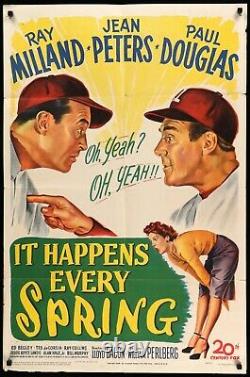 It has the original red, Twentieth Century Fox, production cover. The script receipt is still attached inside.

This script has white pages and blue revision pages throughout it inside. This script is complete and it is 150 pages long. Please view all of the pictures provided above. It is in good overall condition. It shows the appropriate signs of aging for being used during the 1940's.

A college professor is working on a long term experiment when a baseball comes through the window destroying all his glassware. The resultant fluid causes the baseball to be repelled by wood.

Suddenly he realizes the possibilities and takes a leave of absence to go to St. Louis to pitch in the big leagues where he becomes a star and propels the team to a World Series appearance. THE POSTER SHOWN IN THE LAST PICTURE ABOVE IS NOT INCLUDED, IT IS JUST BEING USED AS A VISUAL REFERENCE. Specializes in rare and collectible movie scripts. Our scripts are genuine, authentic and screen used.

We also carry scripts used in Television, Broadway, Radio and other forms of entertainment. Every script that we own was hand-picked one at a time over the many years of which we have been collecting. A lot of people, new to collecting, are confused about the word Original. " In terms of movie scripts, the term "Original means that it was used by the production company in the early stages of production or that it was issued out to the cast and crew members during filming, and used at the time of production. Any scripts printed or used in any fashion after filming has completed are known as either a reproduction or a post-production script. These two types of scripts are much less valuable and desirable. All of our scripts are Original.. An original movie script has a lot of character in the item itself and every one of them is different in some way or another. There is usually only one script given to each crew member during production, however, sometimes they do get more than one. This makes original movie scripts very desirable because of how scarce they are. Any changes made to the screenplay during production are known as revisions and these revision pages are inserted into that one script that was issued out to them.