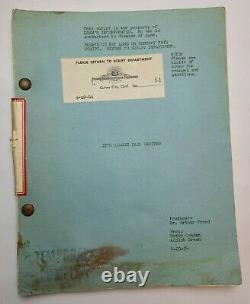 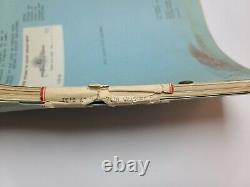 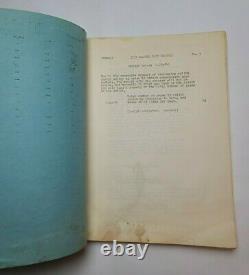 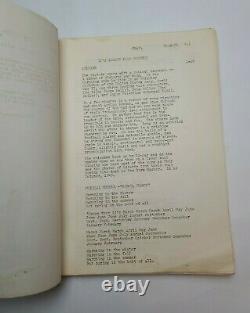 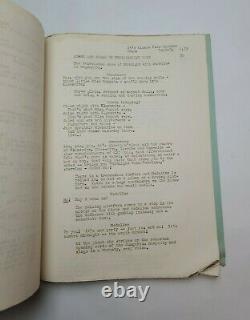 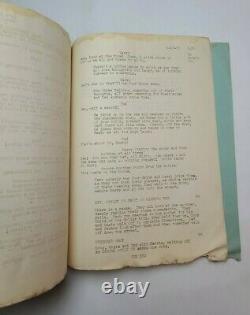 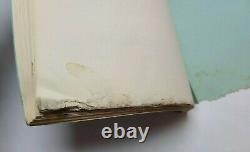 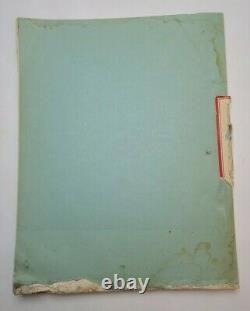 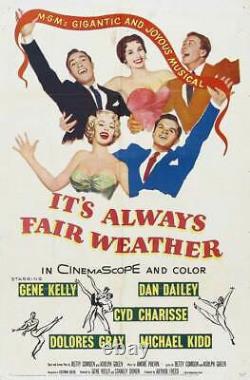 It has all white pages throughout it inside. The entire script has a water stain mark along the outer edges. The last 10 pages of the script have insect damage and are heavily chewed up along the bottom edges. Please view all of the pictures provided above. It is in fair overall condition.

Ted, Doug, and Angie are three ex-G. S who vow to meet again at a New York bar on October 11, 1955. They all show up on the appointed day, but quickly find that their friendship isn't what it used to be. However, a program coordinator wants to bring the three men together again on a live TV show.

Circumstances are further complicated by a group of gangsters who are after Ted. THE POSTER SHOWN IN THE LAST PICTURE ABOVE IS NOT INCLUDED, IT IS JUST BEING USED AS A VISUAL REFERENCE.

The item "IT'S ALWAYS FAIR WEATHER / Betty Comden 1954 Screenplay, Gene Kelly musical film" is in sale since Wednesday, April 28, 2021. This item is in the category "Entertainment Memorabilia\Movie Memorabilia\Scripts\Originals\Unsigned". The seller is "themoviewizard" and is located in Van Nuys, California.